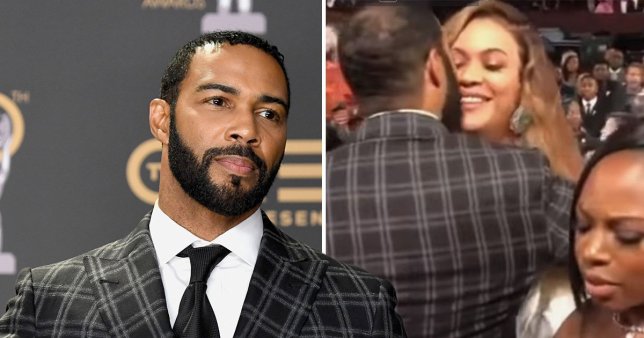 Lead character of popular American series, Power, Omari Hardwick is being dragged online over an awkward attempt at kissing Beyoncé in front of her husband, Jay-Z.

The incident happened at the NAACP Image Awards on Saturday night at the Dolby Theatre in Hollywood.

In the video, Omari can be seen coming to Jay-Z to pose for photos, before approaching Beyonce and then laid two kisses on her.

But his second attempt saw him dangerously close to kissing her right on the mouth.

After the video made it online, some Feminists began to speak against the move Omari made as they believe Omari invaded Beyoncé’s personal space, calling his second kiss “unnecessary [and] uncomfortable”.