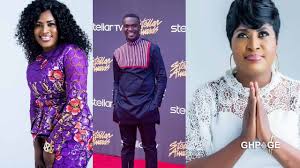 I am writing this to elucidate what I consider the gravamen of Patience Nyarko’s frustrations on the lack of recognition (respect) for musicians who are not eloquent in English! This is largely because I consider her effusions as symptomatic of the larger malaise which has for far too long afflicted the Ghanaian society: the preference given to people purely based on their ability to speak English very well to the neglect of indigenous Ghanaian languages.

In 2006, Professor Kwesi Yankah told the story of Nkrumah’s magnificent poet Okyeame Boafo Akuffo and how he was treated by the University of Ghana.

“The Poet was in 1988 during the first national conference on oral literature in Ghana invited to pour libation and make a speech by the University of Ghana. This was about ten years after his contract with the University had ended. I reproduce here excerpts from his speech. Remarkably, he had attended the meeting holding a metal contraption”:

“Professors and students of this University have invited me to this meeting…That is why you see me here. When I was invited,I nearly declined, and that is why I have brought this metal. It is said, “the knife is considered worthless until there is an animal to slaughter.” People would then look for the knife. Where is the knife, where is the knife. It is then that appellations of the knife are heard.

I am Okyeame Akuffo.I have been in this University before, even though I did not finish school. I have no Middle School Leaving Certificate. Thus there was no way I would have been invited here. Yet, Professor Boadi realized that the English have their Shakespeare, who did not complete formal education…. Yet he is an ancestor, and is widely quoted….The speakers before me who spoke English should bear in mind that I picked one or two words from their talk, but I did not understand it at all. They would probably expect me to speak English too. Yet whoever does not understand the Twi I speak could ask his colleague to explain….

I am both happy and sad that all those who stepped forward to speak, came to the podium with prepared speeches. I hold none. The reason is that ‘the undergirdle is older than the modern underwear, but the scant rear cover is the oldest among them all’….

I started school in 1916 in my father’s village. My father was made chief in 1895, but was later destooled. But my father’s destoolment has today become a blessing. He set up a special school for his children at Bogyabiyedom; for he had 52 wives. He himself was the history teacher…but my father taught us local Akwapim history before anything else. He said he knew no geography, much less foreign affairs. He knew it, but he purposely declined to teach us. He used to urge us to “polish your own language.” That is why I have never been interested in the English language. When the Queen came here to open Parliament, she did not understand a Ghanaian language. The Governor she appointed for the Gold Coast did not understand any Ghanaian language either. They did not learn a Ghanaian language. They only spoke English. It then became your responsibility to look for a translator to help you out. That is, indeed, the only reason your fathers and grandparents learnt to speak English with zeal. You learnt it for the sake of understanding the Governor. Since these three universities here were established, you have not treated fairly our traditional songs, yet you have created various academic titles for modern musicians, and have made derogatory references to traditional musicians and philosophers. When Ephraim Amu composed his famous song, he hardly knew it would be relevant to this day. Remember the words;

This is the land of our birth

Secured by the blood of our forebears

It is our turn, yours and mine

To continue where they left off

These have left a dent in our body politic

Undermining the love of country

Our prosperity as a nation

Our doom and fall

Depend on the collective life of citizens!

But who are the citizens? He asked.

In 1993, the University of Ghana missed a golden opportunity to place permanently on record their token of appreciation of the indigenous academy. Considering his intellectual contribution to both the University and the country at large, he was nominated for an honorary degree of doctor of philosophy among several contending nominations. Our traditional poet and philosopher unfortunately did not even survive the preliminary round of voting.

Ironically, however, his late patron Dr. Kwame Nkrumah in opening the Institute of African Studies of the University in October 1963 had stressed that the Institute should be divorced from the prevailing trends in African centers of learning in the West, where they have been largely influenced by colonial ideology. The new approach, he said, “should be rooted in our traditional statecraft, our highly developed code of morals, our hospitality and our purposeful energy.” The Institute, he urged, should not be purely academic, and divorced from the African situation.

Perhaps this traditional poet would have been better recognized twenty years ago. In a brief interview on Univers 105.7 some time ago, Professor Emeritus J. H. Nketia, former Director of the Institute, told me that Nkrumah’s aim was to create major archives of African oral traditions at the Institute, which were to be a depository for the preservation of recordings of folktales, proverbs, traditional songs, and several other oral genres reflecting the moral and philosophical foundations of the African personality. These collections were to be called “African Classics.”

While by our words and deeds we displace the indigenous academy, we forget that we have made ourselves objects of suspicion by our non-literate mothers and fathers who regard us as symbols of betrayal and alienation. Even while they occasionally glorify the good old days of the white man, they have also not concealed their suspicion of selfish interest in the colonial agenda, which the African scholar helps to perpetuate. The Akan say that, “if Europe had not known poverty, the white man would not have left his people to live in the black man’s country.”

Beyond this, there is a creeping suspicion of Western education as an agenda for cultural suicide, and the displacement of indigenous systems of knowledge”! 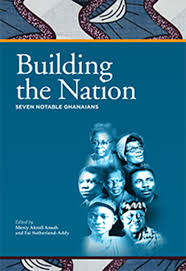 Okyeame Boafo died in May 1995 but 24 years later in 2019 the Institute of African Studies of the University of Ghana finally launched a book titled Building the Nation: Seven Notable Ghanaians; the first of a series of biographical essays to be published by the Institute. The book which was authored by fourteen faculty members of the Institute, was edited by Dr. Mercy Akrofi Ansah and Prof. Esi Sutherland Addy with a foreword by Emeritus Professor Ivan Addae Mensah, a former Vice-Chancellor of the University of Ghana.