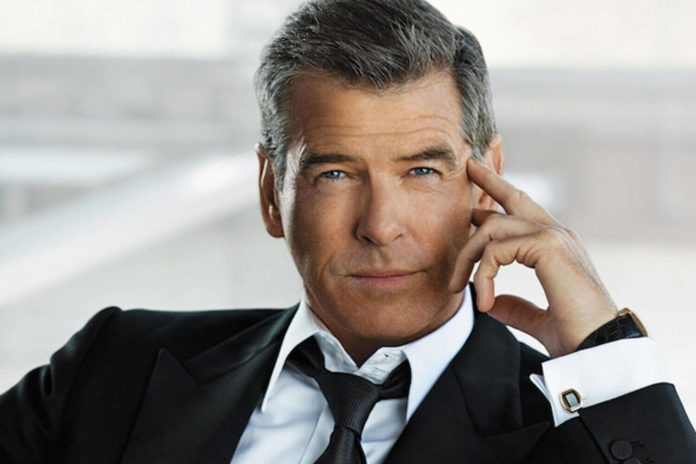 FORMER James Bond star Pierce Brosnan has said it is time for a woman to take on the 007 mantle.

The Goldeneye actor, who played the role in four films, told the Hollywood Reporter he believes it would be “exhilarating” and “exciting” to see a female Bond.

“Get out of the way guys and put a woman up there!” he added.

Daniel Craig is set to reprise his role as the fictional British spy for a fifth and potentially final time in next year’s No Time To Die.

Brosnan, who also starred in Die Another Day, Tomorrow Never Dies and The World Is Not Enough, is hoping for a change of gender for the character but believes franchise producer Barbara Broccoli would not be up for the idea.

“I don’t think that’s going to happen with the Broccolis,” he said.

“I don’t think that is going to happen under their watch.”

The next Bond film has filmed on location in Jamaica, as well as at Pinewood Studios near London.

There have been reports British actress Lashana Lynch will take over Bond’s famous code name after his character leaves MI6 in the new film, but she will not be the next Bond.

James Bond’s treatment of women in previous films has come under question in recent years and Fleabag’s Phoebe Waller-Bridge was brought on to the writing team, tasked with making its female characters “feel like real people”.

Jodie Comer, who worked with Waller-Bridge on the Bafta-winning Killing Eve is listed as the bookmakers’ early favourite, should Bond become a woman.

However, Rachel Weisz, who is married to the current incumbent, Craig, last year told The Telegraph that “women deserve their own stories”.

Earlier this year, Idris Elba made more positive noises regarding a potential female, or black Bond.

He told Variety: “Are we interested in having a Bond character other than being a male? Could be a woman – could be a black woman, could be a white woman.

“Do something different with it, why not?”