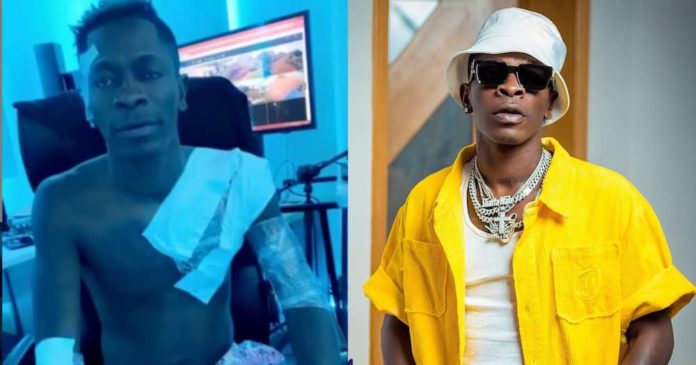 Ghana Police has arrested dancehall artiste Shatta Wale for “possible involvement and knowledge of the circulation of false information with the intention to cause fear and panic”.

After the arrest of the self styled Pastor who allegedly prophesied doom about Shatta Wale, the dancehall artiste issued an apology and promised to report himself.

In a post Shatta Wale apologized to his fans and people who had been affected by the prank.

He said he took the phones of the team members and made the fake post.

According to Shatta Wale, he was surprised that the security services could not give him protection after that prophecy.

The Police issued a notice that they were on a manhunt for Shatta Wale and one other.

This notice was however updated Tuesday night to a fresh indication he had been arrested and that the public will be informed about the subsequent actions of the security institution.