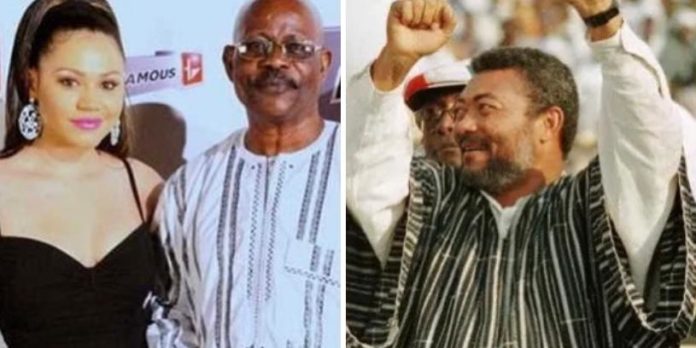 A former President of the Musicians Union of Ghana, Alhaji Sidiku Buari, has shared interesting revelations about the late President Rawlings and his influence on the creative sector.

Speaking to MzGee on Tv3’s Simply Showbiz, the former MUSIGA chief disclosed that the former President intervened after the union had been inactive for several years.

“President Rawlings revived MUSIGA, it was inactive for over seven years which led to a lot of musicians doing what they like, the president called a lot of the key players and decided to reform the union to unite the musicians,” he said.

The father of the popular Ghanaian actress Nadia Buari, also affirmed that the President was very interested in the affairs and running of the union which led to the allocation of the old passport office to them as their official office.

“The MUSIGA office was initially an old passport office after the union was formed again, we needed an office because our office at that time was very small. We informed him and he gave us the office we are operating in. Even after that, he constantly invited us on how to make the industry great again.”

According to Alhaji Buari, the creative industry especially the musicians are highly indebted to the demised former President.

“He made us very respected across Africa and the world at large. We earned our lost glory in Africa and some of our musicians took up leadership roles on the international music scene like myself who was the Vice President for the International Federation of Musicians.”