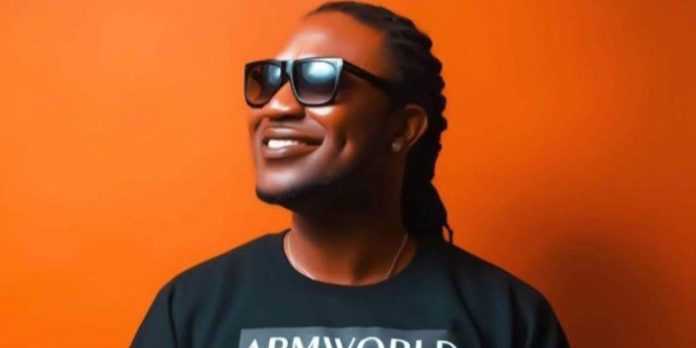 Prince Bright of BukBak fame has debunked claims that he is feuding with controversial dancehall artsite, Shatta Wale.

He denied claims that he joined forces with the ‘Melissa’ hitmaker’s friend turned foe, Sarkodie to mock Shatta Wale in the hit record, ‘Oofeetsɔ’ .

Speaking to MzGee on TV3, Prince Bright explained that the song was recorded without Shatta Wale in mind.

” Whenever I get in town, I call all the big guns in the music industry like Samini, Stonebwoy, Sarkodie and Shatta Wale to inform them that I’m around in case they want to do something with me. So before I left to the States, I paid Sark a visit at home and Posigee was in Sarkodie’s studio at home and he made some few beats and I jumped on the ones I liked.” He explained

” The song wasn’t targeted at Shatta Wale. Shatta is Roonie’s man so he’s family and I’ll look stupid to hit at Shatta Wale. I will not use a 5 minute of fame duration to erase all that I have worked for in over 22 years.” Prince Stressed

According to him, he’s certain Shatta Wale has not taken the song personal and does not see it as a jab.