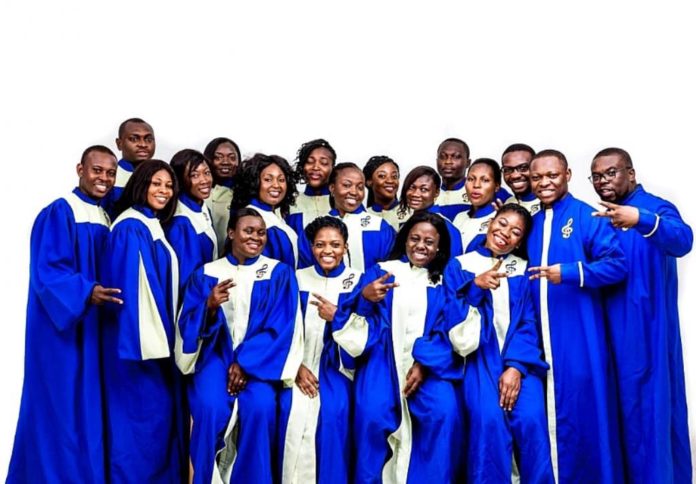 In the “Agbadza Gospel Medley 2” video, a male singer with a fly-whisk is seen and heard chanting some words in the Ewe language, while another is seen spreading seedlings, an act said to be popular with voodoo adherents.

Appearing on the entertainment segment of Tv3’s morning show, ‘New Day’ hosted by MzGee, the VGMA award-winning group emphatically stated their style isn’t devilish, rather for cultural identification. They go on to link the spreading of seedlings to the parable of the sower in Matthew 13.

“…the horse tail, the calabash and the beads are not devilish. They are traditional accessories and if we go into the traditional Ewe history, these are things that normally come with our history, our tradition, our culture – so it’s a way of identifying ourselves. It’s not devilish and has no evil connotations. – Adele Datsumor, a Soprano singer said.

“All the chants you hear the lead singer say [in the new video] is based on the Bible. It talks about the parable of the sower in the Bible throwing the maize seedlings with some falling on the rocks, the thorns and the fertile grounds. As much as they are chants, they talk about Biblical things.” She continued.

After their popular “Vovome” hit with gospel superstar Joe Mettle, an Ewe praise medley, the choir went into a hiatus – this, they attribute to the COVID-19 pandemic. They are currently set to release their third studio album.