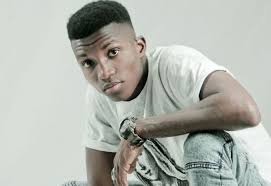 “Things fall apart” singer, Kofi Kinaata says the posture of some, budding and promising musicians is making it difficult for him to accept to mentor them.

Although he admits that he would have to offer coaching tips to others, the Takoradi-based musician says his personal experience coupled with that of other established musicians is discouraging him from leading others to fame.

In an interview with MzGee on TV3’s New Day programme, Kofi Kinaata  said  the current crop of underground artist are yet to grasp the concept of humility.

“By all means I would have to do that. But looking at some past experiences and some of the things we see doesn’t make those things attractive to us. In our days, we were humble. We learnt, took our time and weren’t in a rush. I stayed with my manager and did everything. I was like the junior brother in the family”

Kofi Kinaata also blamed the situation on comments from some Ghanaians that suggest that budding artists are always cheated by their mentors adding that people expect underground musicians to quickly share in the fame and wealth of their mentors because of the relationship.

Recently the conversation on mentor-mentee relationships in the music industry has been brought to the front burner after Shatta Wale, officially announced that he has parted ways with his militants: Addi Self, Captan, Joint 77 and Natty Lee.

Shatta Wale in a live Facebook session described the four as lazy musicians who were not ready for the industry.

“I have given them their pass yet they post nonsense songs like I wrote them for them and I don’t want that. They are not good musicians. I only wanted them to do songs so people will support them so they can make money,” an angry Shatta Wale said.

Whilst the list of underground musicians who parted ways with their mentors are endless, another that easily comes to mind is the Stonebwoy’s decision to end his working relationship with Kelvyn Boy.