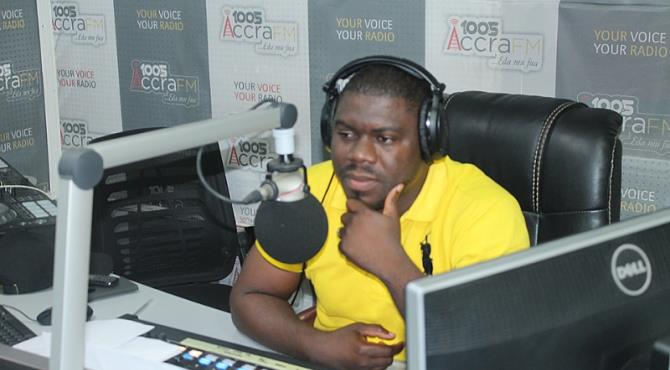 Radio presenter, DJ Premier has advised ladies who want to expose their bodies to relocate to countries that allow that.

According to him, the Ghanaian culture does not condone nudity hence ladies who want to show off sensitive parts of their bodies can freely do so by moving out of Ghana.

The media personality made this argument when he joined other guests including including singer Coco Trey, Artiste manager Nana K and actress, Jessica Williams on the Gee Spot with MzGee.

The panellists was discussing the nudity and what constitutes nudity.

DJ Premier who was against women showing off their bodies in revealing outfits argued that women may end up walking naked if care is not taken.

” If women say showing part of their bodies is they being themselves, we’ll end up seeing a lot of people in the street walking naked and saying they are being themselves.” He stated

” Our society does not accept these can of style. If you want to live and not wear anything, go to whichever demography that accepts it. Go and live your life there where no one cares but whiles you are in Ghana, there are customs and rules that are guiding us.”

He stressed that being half naked does not automatically attract a man to a woman.

Watch more on the Gee Spot which airs on Saturdays at 6.30pm on Joy Prime and DStv channel 281.