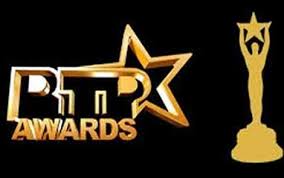 The Chief Executive Officer of the annual Radio and Television Personality Awards, Prince Mackay has revealed the packages meant to reward the deserving awardees at the 2020 edition of the ceremony.

In an interview on OKAY FM, he revealed that all the winners will receive a plot of land for their hard work.

“We have given so many prizes to winners in the past years such as all-expense-paid trips to Dubai, home theaters, cars but this year, we are giving out lands to winners with terms and conditions applied. We’ve signed a five-year contract with a land company so, from this year and next four years, all RTP winners would be given lands as prizes,” he said.

He added that there are terms and conditions attached to the prizes which remained undisclosed. He indicated that his company has already entered into an agreement for the provision of these prizes for at least the next five years.

The Radio and Television Personality awards since its inception in January 2011 has been one of the biggest and highly patronized award ceremonies across the country which is aimed at rewarding media personalities for excellence.

The event comes off on 7th November 2020 at the Kempinski Hotel in Accra.