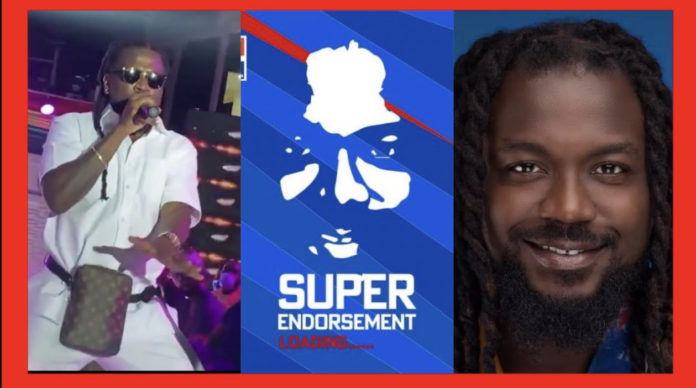 The New Patriotic Party’s Communication Director for Ledzokuku Constituency Kadel Taylor has detailed how Samini landed his endorsement for the ruling party.

The legendary performer surprised Ghanaians after he openly declared his support for the ruling New Patriotic Party. His declaration was met with numerous reactions from the public and political parties.

The rumors surrounding Samini’s endorsement indicated that he had earlier been rejected by the opposition party NDC after which he was poached by the ruling government which led to his composing a song for the party.

Speaking to MzGee on Simply Showbiz, the communication expert revealed that the musician was never contracted by the leadership of the party to compose a song for them, but by a bigwig in the party would call as a way of supporting the party’s bid for a second term.
“In a political party, we have a lot of big men who also think they can do something to help the party so maybe Samini being a friend of one of the big men may contract him to do a song for the party.” He revealed on Simply Showbiz with MzGee

According to him, the influence of top artists on elections can never be underrated because they assist in accruing many votes in elections.
“All these top artists when they endorse a party, they add numbers to our political games.” He added.