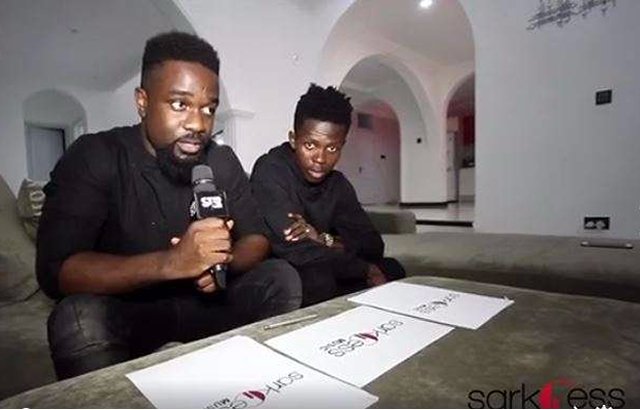 Multiple award winning Ghanaian rapper, Sarkodie has laid blame of on fans and the media for the exit of Strongman from his record label.

According to the ‘Highest’ rapper, fans and the media kept focusing on how much he could have done for Strongman instead of the work the rapper was churning out.

Speaking on Joy FM’s Showbiz A-Z, on Saturday, the BET award winner said complaints from the fans and negativity from the media took away concentration from the artistes art.

He is having a million views on his videos but that is overlooked. They talk about the fact that Sarkodie should do more, so it takes away the art,” the Sarkcess Music Boss said.

In a statement, the label announced that the two year contract between them and the winner of the maiden edition of ‘The next big thing’ rap show and there will be no renewal.

Sarkodie explained that they amicably decided to go their separate ways to give the young rapper the chance to grow in the industry.