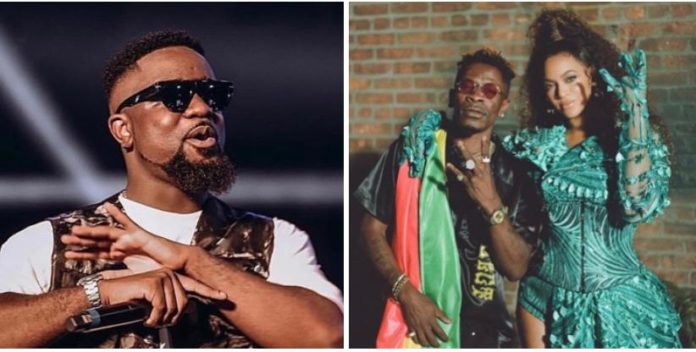 It has been a medley of well wishes and congratulations with lots of love from all over the world for arguably Ghana’s best dancehall artiste, Shatta Wale.

This was after Beyoncé premiered the video for ‘Already’, her collaboration with Shatta Wale taken from the 2019 album ‘The Lion King: The Gift’. The video features Beyoncé dancing in a myriad of locations separately from Shatta Wale and the two finally meeting up!

But it is the response of Sarkodie, who is himself in pole position to be Ghana’s best all time rapper, that has generated its own furore.

In a reply to shatta Wale’s moving tribute to Beyonce for the honour, Sarkodie tweeted 39 Ghana flags with 8 fire emoji’s and added in block letters the words “BIG MOMENT”.

This is largely because the relationship between the two has often been characterized by acrimony! 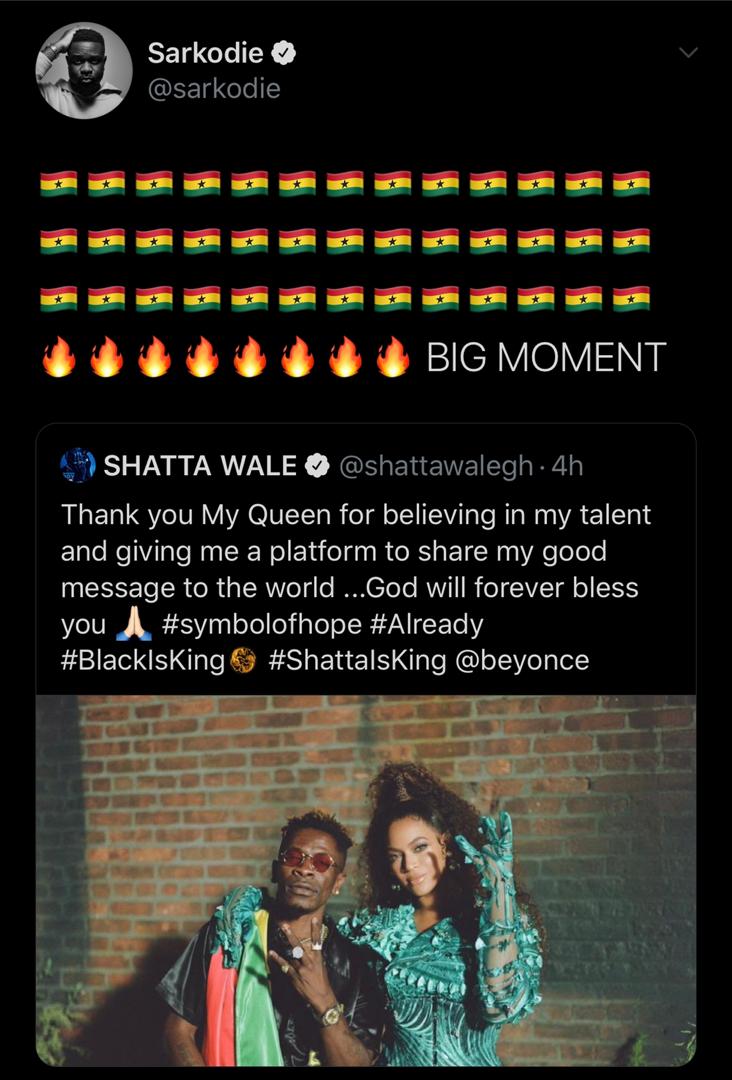 Indeed, this is a big moment as both Shatta Wale and Beyonce have remained in the trends since the release of the music video.

A moment best described with the immortal words of the 26th President of the United States of America, Theodore Roosevelt On April 23, 1910!  when he delivered a speech called “Citizenship in a Republic,” which, among some, would come to be known as “The Man in the Arena”:

“It is not the critic who counts; not the man who points out how the strong man stumbles, or where the doer of deeds could have done them better. The credit belongs to the man who is actually in the arena, whose face is marred by dust and sweat and blood; who strives valiantly; who errs, who comes short again and again, because there is no effort without error and shortcoming; but who does actually strive to do the deeds; who knows great enthusiasms, the great devotions; who spends himself in a worthy cause; who at the best knows in the end the triumph of high achievement, and who at the worst, if he fails, at least fails while daring greatly, so that his place shall never be with those cold and timid souls who neither know victory nor defeat.”

Undoubtedly Shatta Wale is “The Man in the Arena’! Enjoy the Music Video: