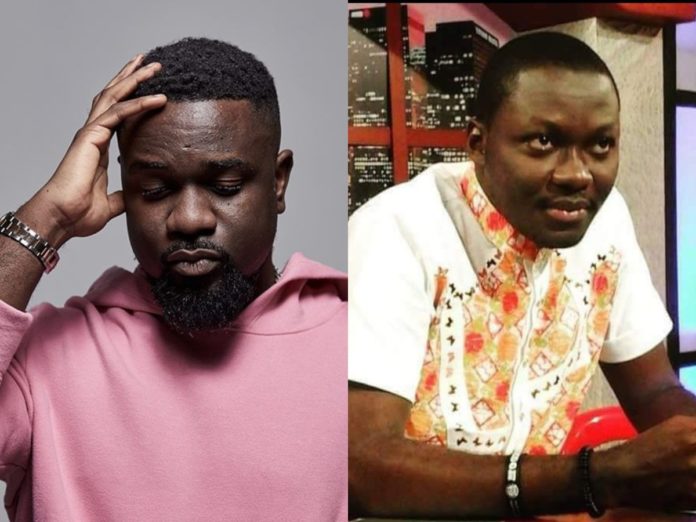 After the release of the song, Kuami Eugene who was featured on it expressed dissatisfaction over the political overtones in the song fearing he was blinded into declaring support for the governing NPP.

The Opposition NDC’s flagbearer John Dramani Mahama also had cause to caution celebrities against these endorsements since it may negatively affect their careers.

But in a response to President Akufo Addo’s appreciation tweet, Sarkodie disclaimed any attempt to suggest the song is an overt endorsement of the President insisting he only showers praises when it is deserved and will not hesitate to criticise those at the helm of affairs too.
While the President’s tweet appears to have been removed many still believe this is a clever endorsement carefully calculated to court support for the government’s re-election bid.

Well Speaking to MzGee on 3FM‘s Showbuzz, the entertainment critic believes though the main concept behind Sarkodie’s new song is not political it is still an endorsement of the current administration.

“The song is purely inspirational, the verses of Sarkodie in the song depicts the main concept as well as the chorus by Kuami Eugene. The song is centered on God’s grace and abundance mercies to mankind and has nothing to do with politics initially” he said.

” The few second shout-outs to the President of Ghana is purely political and that Sarkodie has endorsed the President. Endorsements come in different forms, sometimes the political party can pick the song if it is in line with what they stand for, or they pay musicians to produce songs for them and Sarkodie’s is not an exception,” he explained.