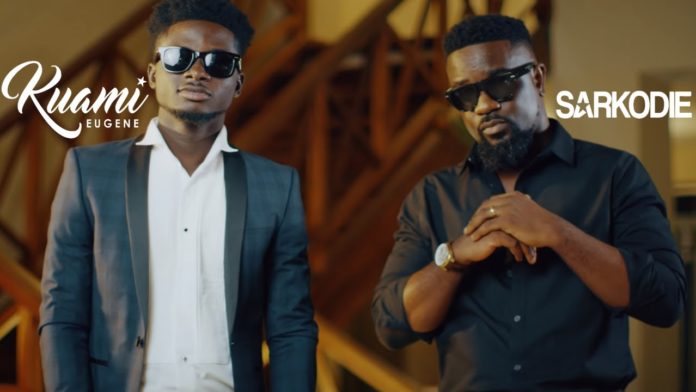 VGMA artiste of the year, Kuami Eugene has hinted he is yet to receive any money for featuring on Sarkodie’s controversial ‘happy day’ song which many believe is a benign endorsement of the governing NPP.

Kuami Eugene came under massive criticism for featuring on the song which compelled him to dissociate himself from any attempt to endorse a political party insisting he did not know of the controversial lyrics.

But his position weakened when he was accused by Kwaw Kese of taking part of the money claimed to have been used to procure the endorsement after he was seen performing the same song days later.

However, Kuami Eugene has bounced back with more disclaimers dismissing any allegation that he has been paid for the feature.

The talented singer is also maintaining that although he featured on the song, he has not endorsed any political party. However, if NPP wants him on board then his management should be contacted.

“ I have not endorsed any political party although I featured on the song, if they want me to compose a song for them, they should consult my management while we weigh between the chances if my careers would not be affected.” He suggested.