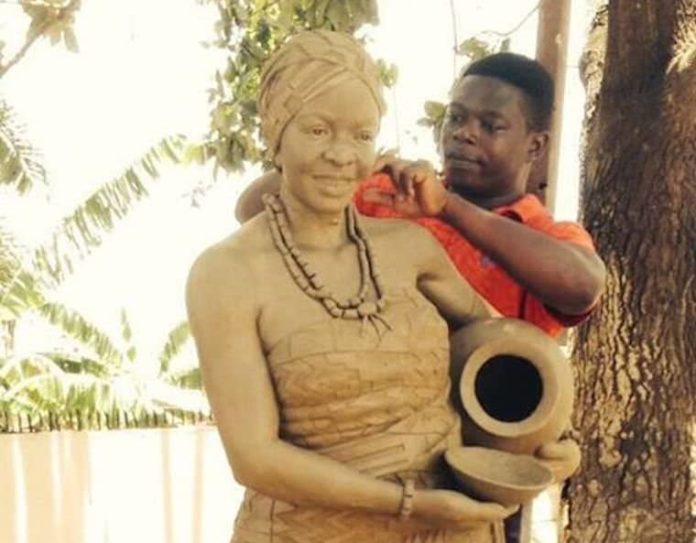 Talented Ghanaian sculptor, Samuel Kumi has revealed that despite having the flair art school helped in shaping them.

In a chat on the entertainment segment of Tv3’s ‘New Day’hosted by MzGee, the sculptor made known both nature and scholarship played pivotal roles in his artistry.

“I must say it’s both. Growing up [before I got to know there’s a word called art], I could sculpt and school too has contributed a lot because right from the basis, I pursed Visual Arts at the Secondary School level, continued to do my first degree at KNUST (College of Arts). I have the talent and the school helped to sharpen it up.”

Although Samuel has been sculpting for a very long time, he gained much attention when his artwork of the late former President Jerry John Rawlings flooded social media days ago. Among his collection of sculptured works are those of Ghana’s first president, Osagyefo Dr. Kwame Nkrumah, late Ashanti king, Otumfuo Nana Opoku Ware II, artworks of the royals of the great Ashanti kingdom among other interesting artifacts – telling cultural or historical stories.