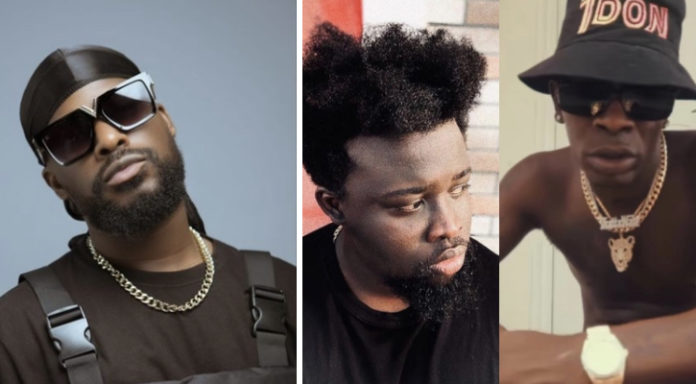 Recently, MOG beatz called-out Shatta Wale for refusing to pay for services he rendered on his reign album in 2018, after he felt offended the latter had omitted his name from the list of his “realest producers”.

The back and forth between Shatta Wale and MOG beatz which went for hours on Sunday degenerated to the displeasure of many industry stakeholders.
Unhappy about the treatment meted out to his colleague, Mix Master Garzy tells MzGee, Shatta Wale disrespected MOG beatz in his response to the latter’s query.

“Working with a producer, you need to give the producer that respect that every or any artiste deserves so that is the thing that was missing in there that’s why you can come and say the beat sef e no hit”

Asked if he believes musicians give producers, the credit and respect they deserve as producers, Mix Master Garzy said just 40% of musicians do.

“I’ll say like 40% because at times they feel like they make us (producers) hit but it is we that make you the vibe… producers, we are the key people. As a producer like me and an artiste, I should be the boss”.