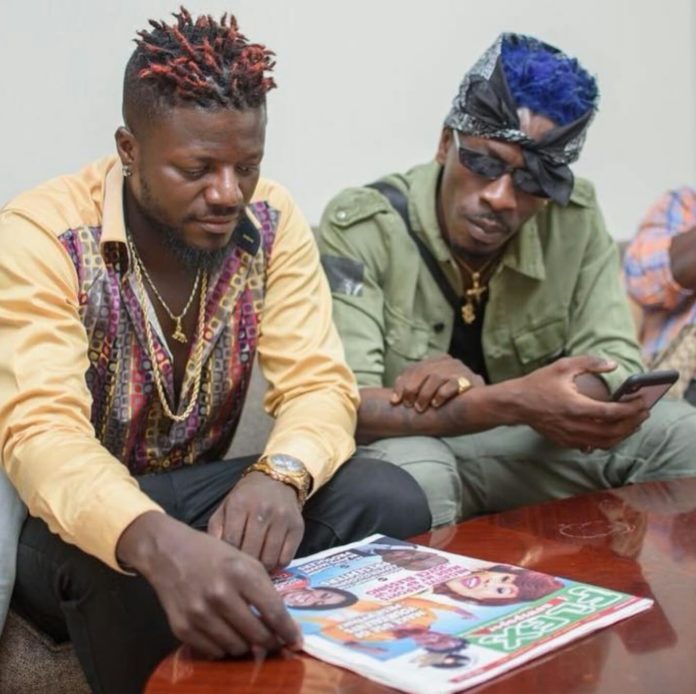 Controversial Dancehall artiste, Shatta Wale and his longtime friend rapper Pope Skinny are currently taking each other  to the cleaners on social media.

The two who parted ways for unknown reasons have been revealing dirty secrets of the other on their various social media pages.

The drama began after the ‘I know my level’ hitmaker took to snapchat to accuse Pope Skinny of raping a Canada-based lady.

He among other things said that Pope Skinny has been secretly insulting other Ghanaian rappers.

He further warned Pope Skinny to return an amonut of USD $10,000 he had given him.

“Pope Skinny if you don’t stop that 2know life you dey do for snap erh, you go chop slap first, after that I go take that Benz I swap for you with the $10k I give you, Don’t be a fool [sic],” Shatta Wale wrote on SnapChat.

He stressed that: “All those while ano talk your matter cuz u dierrr u be remote control for everyone, zombie!!! [sic].”

“Tell which of your friends give you $10k cash before [sic],” Shatta Wale quizzed.

In a sharp rebuttal Pope Skinny also described Shatta Wale as a drug addict who uses black magic to enhance his musical career.