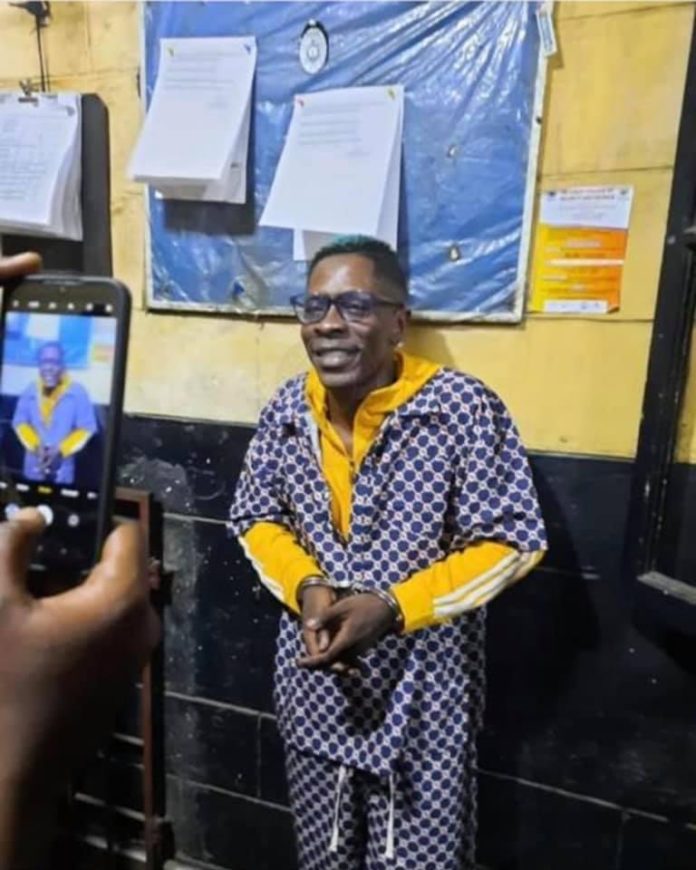 They were remanded following a request by the police for his continued detention due to ongoing investigations on his alleged involvement in the publication of false information with the intention to cause fear and panic.

This was after Shatta Wale pleaded not guilty to the count of: Publication of false news that caused fear and panic in the public domain.

Three others who appeared in court with him Kojo Owusu Koranteng, Shatta’s personal assistant, Eric Vanetor, a graphic designer and Iddrisu Yussif, a beautician were charged for abetment of criminal publication of false news.

They made their first appearance in Court today.

On Wednesday, a fourth member of Shatta Wale’s team who is also an accomplice was arrested by the police.

Meanwhile the Police is promising impartial investigations into the matter.