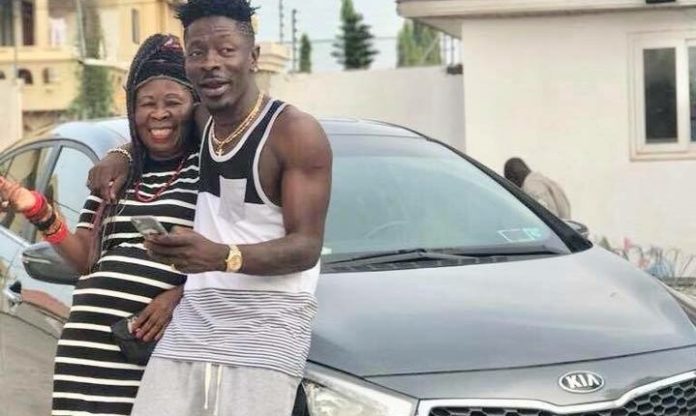 According to her, she has advised her son several times to desist from exhibiting his negative attitude on social media to no avail.

Speaking on Peace FM, Madam Avemegah said, “I am heartbroken anytime I hear Shatta Wale insult or fight another person. It gets to me so much that I sometimes feel like going to his house to beat the hell out of him,”

She stated that she has been praying for her son to change his ways since her words are not enough to stop him.

“I always tell him to put a stop to that but it is not always he listens to me. For now, all I can do is to pray for him for and hope that he changes,” she stated

Madam Avemegah however stressed that no one can stop her son from blooming as he was born a star.