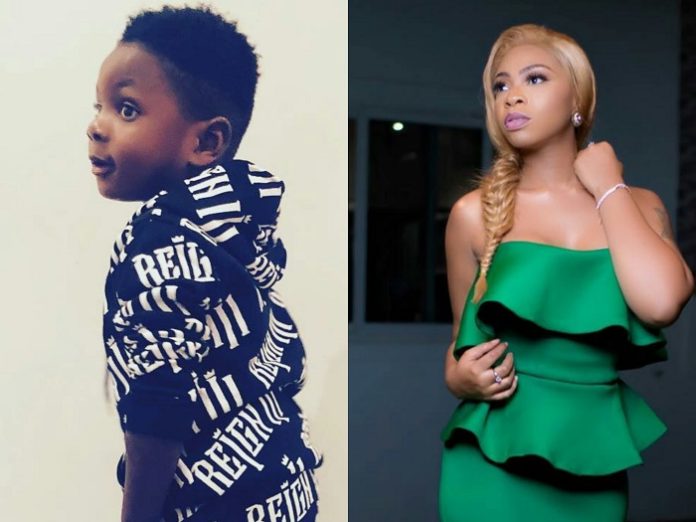 Shatta Michy, the baby mama of controversial dancehall artiste, Shatta Wale, has shared her first video on social media since the news of her split with the ‘Freedom’ hitmaker broke.

The unsteady relationship between the two former celebrity couple hit rock bottom weeks ago when Shatta Michy reportedly packed out of their East Legon mansion with their son, Majesty.

The ‘Coco Brown’ actress later took to social media to share her side of the story, alleging abuse after she was accused of bolting with Shatta Wale’s car and some vital documents.

In a new video however, Shatta Michy seems to have moved away from the relationship drama as she showed visuals of her and her son, Majesty.

In the video shared on her Instagram page, Michy whose real name is Michelle Diamond Gbagonah explained that one cannot take silence to be golden especially when a child is around.

She captioned the video: “Silence is golden unless you have kids then silence is suspicious  especially @majesty_wale_ his silence means trouble 🤣🤣
Happy Thursday lovers #thursdaybornsrock #mothersonlove ”