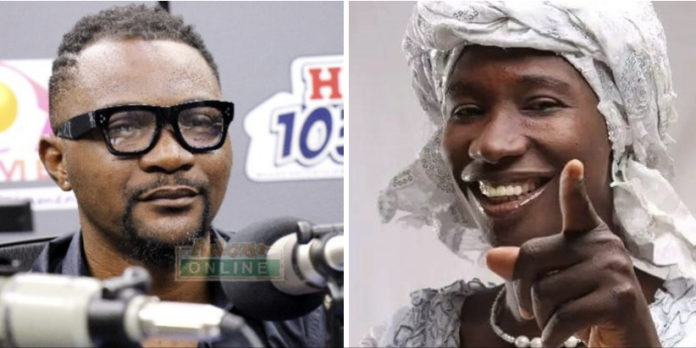 Controversial entertainment pundit, Mr. Logic has descended heavily on glossolalia which is popularly known as Speaking in tongues describing the act as madness.

In a conversation with MzGee on 3FM’s “Showbuzz”, Mr. Logic during his condemnation of the controversial act of gospel singer and self acclaimed Prophetess, Cecilia Marfo asserted that the “tongues” she was speaking was spiritually impotent.

Recounting his experience with tongue speaking, Mr logic claimed tongues in songs  do not provide the right inspiration for prayers due to what he sees as its unintelligible nature.

“…there was a time I woke up at 2 a.m. to pray. Before the act, a friend I texted questioned my reason for being awake. I told him of my intention to pray which compelled him to send me a song to play to listen to get me into the right mood. It had a lot of chaotic language [begins speaking gibberish].”