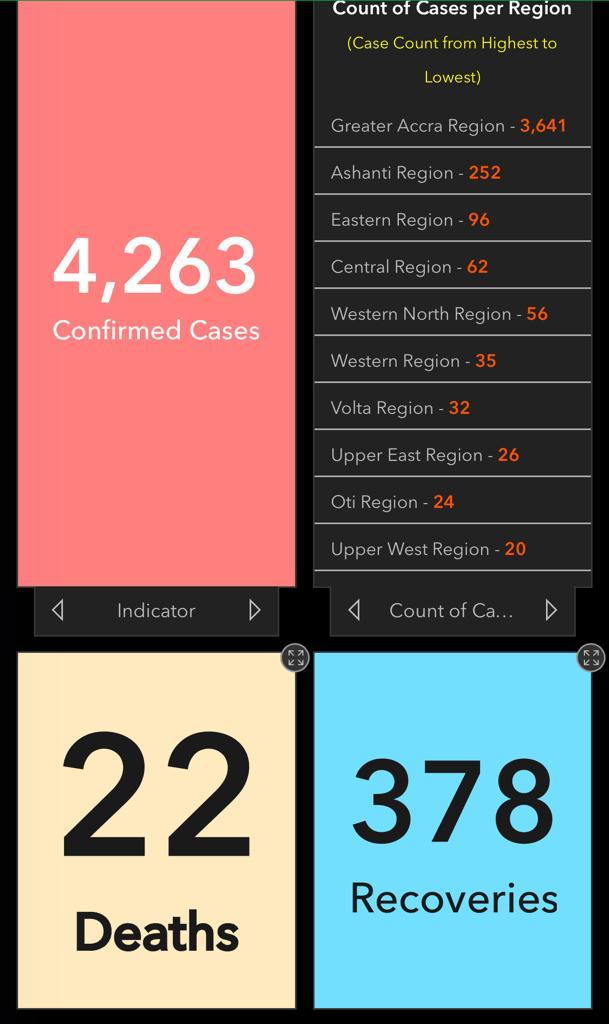 The Ghana Medical Association wants government to reject calls on it to lift the ban on social gatherings.

Ghana placed lockdown restrictions on its major cities, but these have now been largely lifted. However, social events and public gatherings are still banned, borders remained closed and school closures will stay in place for the time being.

One sector that has been heavily affected by the ban on social gatherings is the entertainment, hospitality and creative industries with major shows being either postponed or cancelled though a few like the 3 music awards have had to resort to virtual concerts.

President Nana Akufo-Addo believes increased testing and improved treatment centres meant they could ease measures. Many believe the government is under pressure from religious and other powerful people to lift the ban on social gatherings.

In a statement released on May 9, 2020  the GMA asked the President  not to “lift the ban on social gatherings for religious activities, schools, marriage ceremonies, funerals etc”.

The hope of some celebrities like Sarkodie, stuck outside the country due to the lockdown procedures there, of the borders being open may not materialize soon, as the GMA is also kicking against that too.

See the Full Statement from the Ghana Medical Association below: 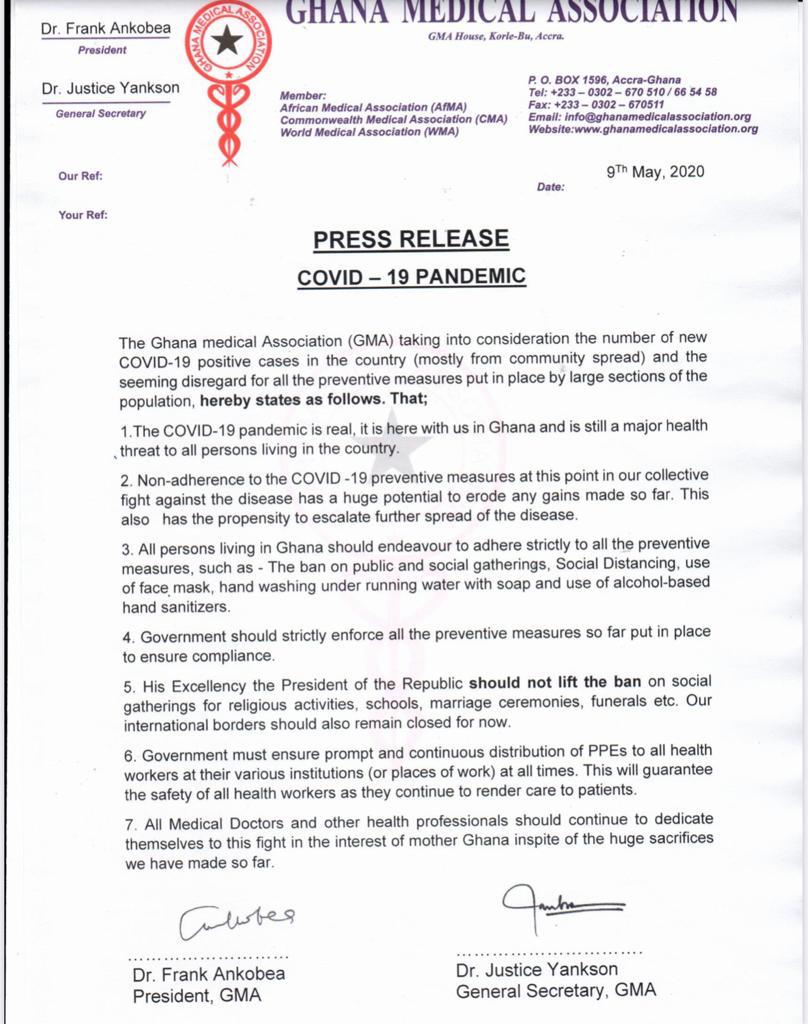