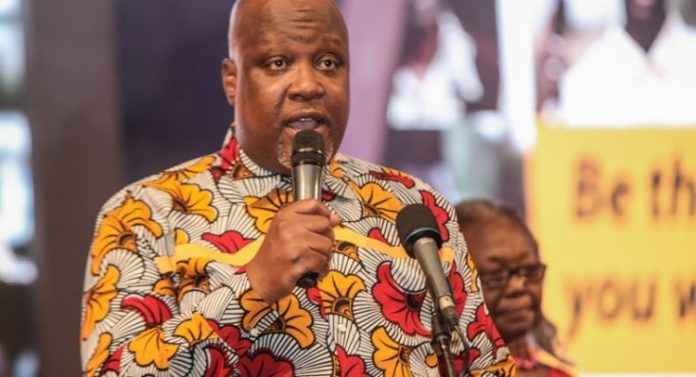 Ace Ghanaian broadcaster, Kwame Sefa-Kayi has slammed award winning Ghanaian reggae/dancehall artiste, Stonebwoy for allowing his emotions to get the better of him.

The Chairman General as he his affectionately known as said Stonebwoy did not apply his emotional intelligence and he allowed all the pain he had endured from Shatta Wale to have a better part of him.

In an interview on Accra based Neat FM, Kwami Sefa Kayi, who hosted the show, which took place at the newly constructed Dome at the Accra International Conference Centre on Saturday, May 18 along with Berla Mundi of GHOne added that it was careless for the ‘Kpoo K3K3’ hitmaker to bring out a gun at a public event.

“What has happened is a shame and a big one to us and the industry,“ he added.

The clash between the two artistes happened when Stonebwoy was announced as the Reggae Dancehall Artiste of the Year.Shatta Wale and his fans approached the podium to allegedly congratulate Stonebwoy, but events turned chaotic resulting in a lot of pushing and shoving – a situation that prompted Stonebwoy to pull out his pistol.The security officers at the event pepper-sprayed the stage in an attempt to prevent a full-blown fight.