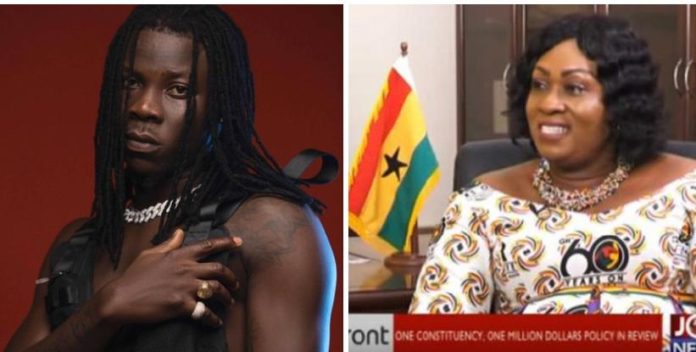 This comes on the heels of a recent incident at a registration center, Steps to Christ, in the Awutu Senya East constituency where gunshots were fired. The MP and Minister for Special Development Initiatives later admitted to firing the gunshot in self-defense.

But Stonebwoy, who is still in court for brandishing a gun at the 2019 edition of the Vodafone Ghana Music Awards, is hopeful that the laws of the country will take its course.

“I believe that both incidents are unfortunate. These things are not to be happening in any way in the country where we all want peace and especially in election times. I know the law works except you haven’t got into a space before to understand that the law really works. Let us continue to stay away, as youth, from things that will cause us problems and cause the right arm of the law to come upon us,” he said in an interview on 3FM.

Stonebwoy further disclosed that he had received a number of calls from friends and family concerning what may be described as selective application of the law since the Police appear less interested in speedily dealing with the matter compared to the alacrity with which he was quickly rounded up when he pulled out a gun.

“I have had a lot of complaints. But I wouldn’t play dead to what we face as a system. You’ll find out that poor people face the worst treatment,” he added