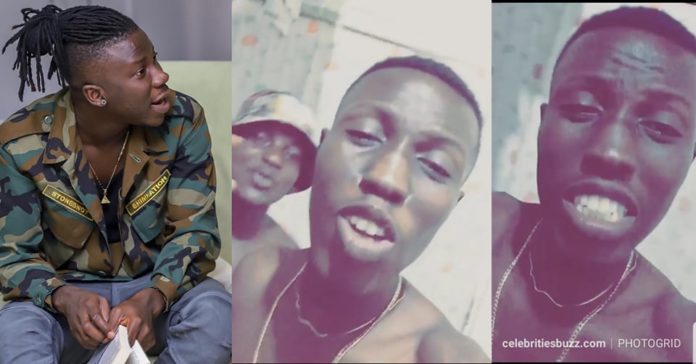 The ‘Poverty’ hitmaker stated that he admires Stonebwoy for his ability to make a song a hit irrespective of who he’s featuring.

He explained that he is yet to hear a song that has the ‘Top Skanka’ featured on that has failed to make the charts.

Speaking in an interview with MzGee, the emPawa artiste added that he learns from both Stonebwoy and Shatta Wale to better himself.

“I learn from both of them. Stonebwoy has never featured someone for the verse to slack. Every feature, always he dey kill (sic)”.

J. Dorobie who has been touted as the next big thing in dancehall music recently released his second single titled ‘Irie’.