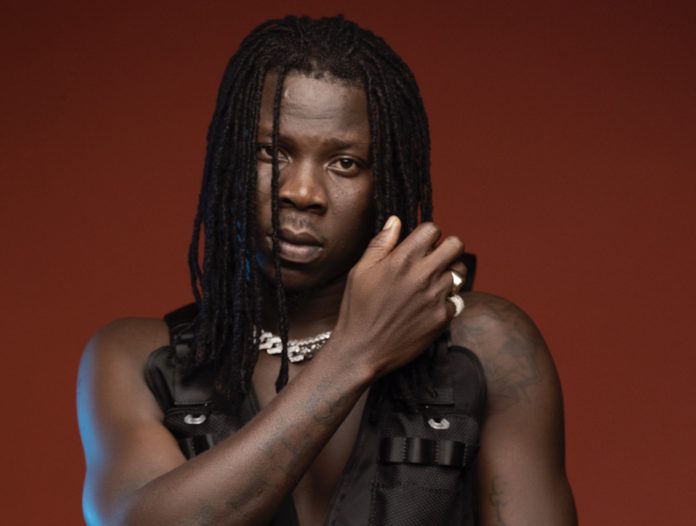 Shatta Movement faithful’s on twitter have registered their displeasure over Stonebwoy’s comment “can you see his SM tattoo” under a video of an alleged thief being punished. 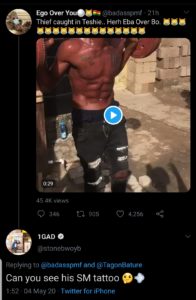 Stonebwoy and Shatta Wale’s long beef came to an end last year where both parties reconciled through the influence of some top personalities in the country. However, fans of the various camps seem not to be getting along.

The viral video involves an alleged thief caught in Teshie, Accra, and was given a heavy EZ straight bar to lift as specific exercise routine punishment. Stonebwoy commented on post by an account with the name @Ego Over You and he wrote;

“can you see his SM tattoo”

Can you see his SM tattoo 🤔💨

The Bhim Nation boss’ comment yesterday did not go down well with some Shatta Wale fans. As a result, it has triggered a debate today on whether the tweet was just to ridicule or aiming a dig at Shatta fans as thieves. 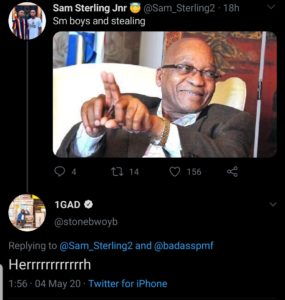 Check out some reactions; 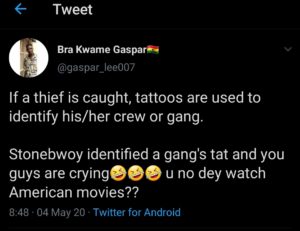 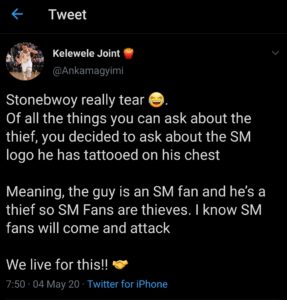 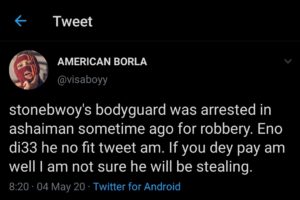