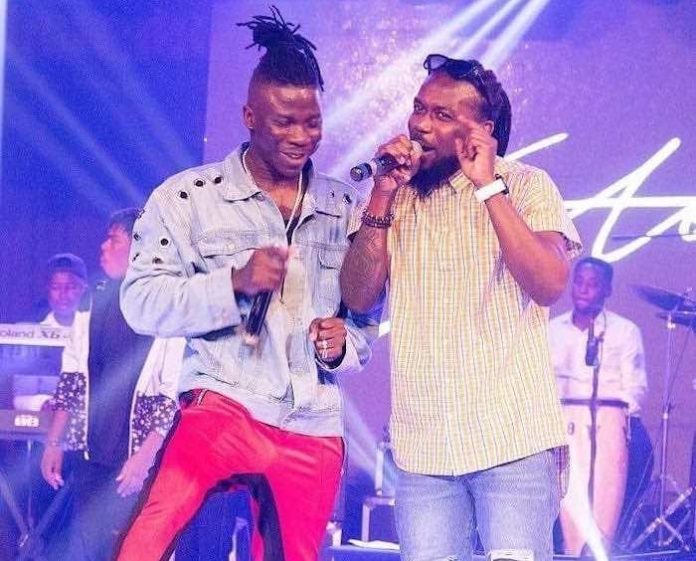 The ‘Kpoo K3K3’ hitmaker is of the view that the ‘My Own’ crooner deserves the award although he has been nominated in the same category.

Speaking in an interview on Joy FM, Stonebwoy who was previously signed to Samini’s Highgrade Family record label said Samini is by far more deserving than others in the category.

Explaining his reason for picking Samini, Stonbwoy said, “He set the tone. To be honest he won the Music of Black Origin (MOBO) when no one knew about it. Samini was the first artiste to work for a telecommunication company in Ghana, he also won an MTV award,”

“Samini Dagaati has done it and that is something and every person in the category, especially Sarkodie, Efya, Joe Mettle and R2Bees can respect that.” he added