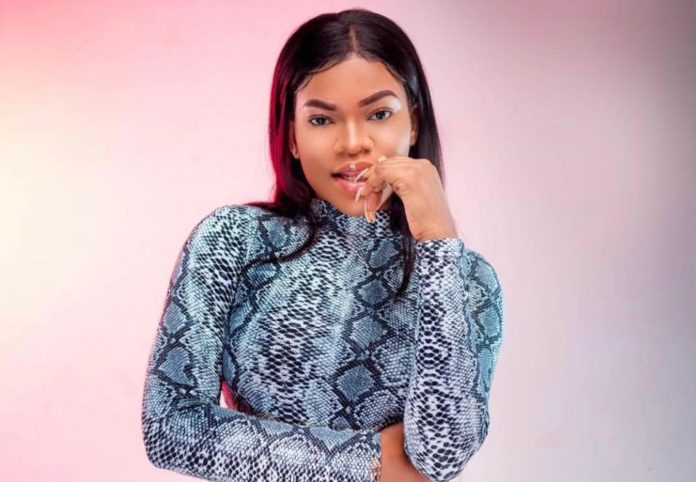 Some persons whose investments are locked up in Menzgold are livid over Zylofon’s signing of Tiisha.

According to these persons who have come together as the Coalition of Aggrieved Customers of Menzgold, the plush ceremony that was organized for outdoor Tiisha was funded by their money.

In view of that, some have even launched verbal attacks on Tiisha because of Zylofon Music’s affiliation to Menzgold.

But in an interview with Mzgee on TV3 New Day, Tiisha intimated that attacks were not justified.

She says that in as much as Menzgold and Zylofon are owned by the same person, Nana Appiah Mensah, it is not proper for people to drag her into the Menzgold controversies.

“I wasn’t appointed as Menzgold brand ambassador but signed on Zylofon Music as an artist. I am here on Zylofon Music and I’m here to work for Zylofon…I don’t think it is right for anybody from Menzgold to attack me or my life is at risk because of Menzgold affiliation with Zylofon. I am here under the label and they are doing their very best to get me to wherever I want to get to” she said.

Responding to criticism that she was imitating the late Ebony Reigns, Tiisha was optimistic that such comments will fade away.

She believes that after a number of songs, such comments will no longer be made.

Meanwhile, the singer says that she will do her best to sing in other musical genres that the late Ebony is not known for so as to carve a niche for herself.

“I know I sound like her but with music, I’m just going to do what I have to do and especially not do what she was doing in terms of genres. I will just push hard. The least I can do is to put good music out there and eventually this is definitely going to go away. I think after one or two more songs, Ghanaians will have to accept me for who I am”