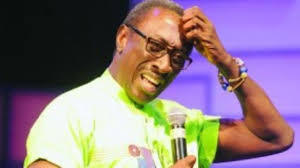 Revered Satirist and Actor, Kwaku Sintim Misa popularly known as KSM is questioning why some Ghanaians are vociferous against ‘discrimination” meted out to African Americans and yet find it acceptable that Ghanaians of Fulani extraction are treated the same way.

The Fulani are regularly ‘victims’ of ethnically-based stereotypes, prejudices and discrimination within the Ghanaian society. They are treated as ‘non-citizens’, ‘aliens’ and ‘foreigners’. There have been state policies of Fulani expulsion from Ghana termed ‘Operation Cow Leg’ which has been carried out several times. Besides, local community policies of Fulani evictions, their limited access to land leases and their conflicts with local farmers have prompted community evictions and attacks as well as state/government interventions.

The leader of the community in Ghana, Sheikh Osman Barry, has on several occasions bemoaned as unacceptable these practices against them but most of these complaints have fallen on deaf ears.

In a tweet to question this practice KSM stated “we voice our anger at the U.S for discriminating against African Americans, but it is okay and “acceptable” for us to discriminate against Fulanis with Gh Citizenship.” 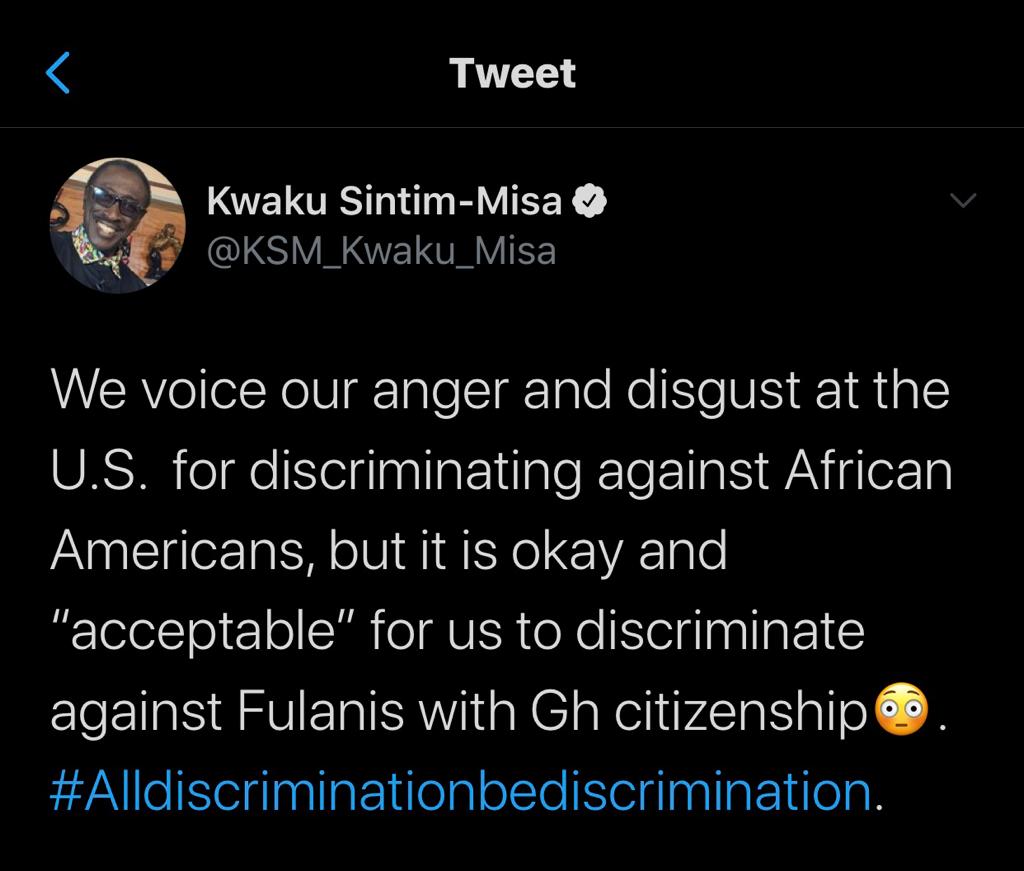 His comment comes on the heels of a similar concern raised by Musician Becca which described as “Damn hypocrisy” the conduct of Africans demanding Justice for slain African American George Floyd and yet do not approve of Africans marrying outside their ethnicity or religious group.