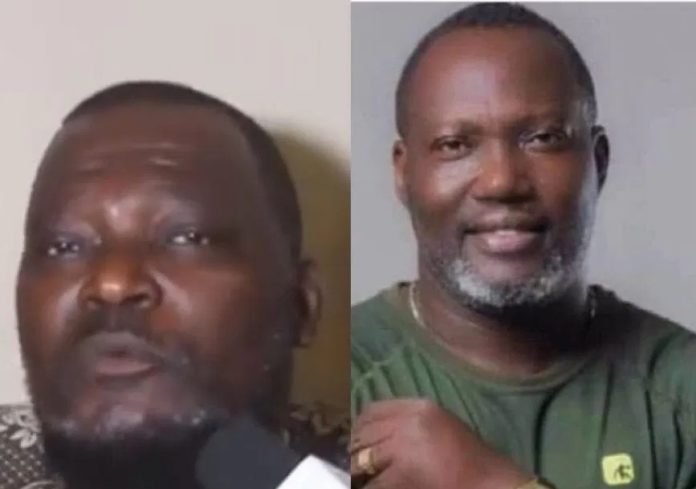 The family of the late Kumawood star, Bishop Bernard Nyarko want those pointing accusing fingers at his mother to desist from doing so with immediate effect since their conduct is having a negative toll on her health.
Prior to the demise of Bishop Nyarko, some of his colleague actors accused his mother of refusing them access to the ailing actor so they can offer some help.
That viral interview resurfaced after his death prompting claims the mother’s posturing contributed to the unfortunate incident.
Speaking to Christian Agyei on OnuaFM, senior brother of Bishop Nyarko, Isaac Darko together with two others revealed the actor instructed his mother to deny others access to him in his last days.
“Prior to his death, he told me emphatically to tell our mother not to allow any of his colleagues or friends access to him. He called me in London to tell our mother. This was because he did not people taking pictures of him and leaking to the media”
“…so Bernard Bishop gave the instructions to my mother”. He added.
The bereaved family say they fear the perception created is deteriorating the well-being of their aging mother hence their appeal to the public to cease the false accusations.
“His mother is ill. She did all she could to preserve her son’s life. She sold some of her properties including her water bagging factory and the delivery trucks, just to take care of her ailing son, so let our commentary about her be encouraging”.
They further stated that “Claims on social media that the woman is heartless and deliberately prevented people from visiting her son is depressing. Now we are worried about the health of our mother because of these unsavory comments. So we are pleading with Ghanaians to comfort her in this time of grieve otherwise no one will be willing to allow their children to become stars”
The one week commemoration of his demise will be done on Saturday, May 9, 2020 in Accra and Kumasi.