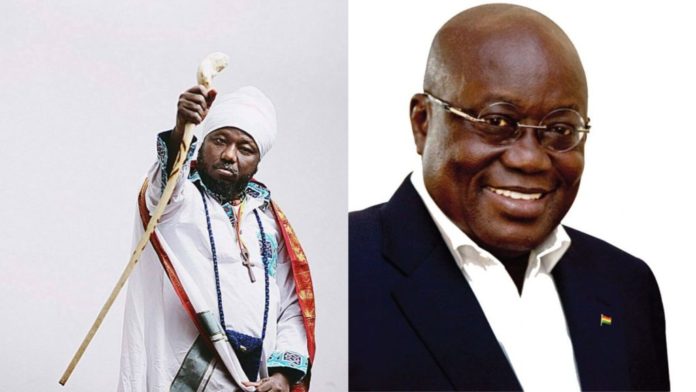 Controversial media personality, Blakk Rasta has appealed to the President of Ghana, Nana Addo Dankwa Akufo-Addo to desist from sleeping at public functions so as to stop disgracing his citizens.

The Reggae musician indicated that President Akufo-Addo has aged to the point where he needs to rest rather than seeking for re-elections.

Speaking in an interview on 3FM’s Reggae Vibes, the Zylofon Media presenter stated that President Akufo-Addo’s age is deterring him from actively performing his duties.

” I wish that the President will not run the next elections like Mandela did so that he’ll stop sleeping around and disgracing the people of Ghana. We beg you Mr President, its time to come out like Mandela who had the power to run for another term but declined because of his age so that he’ll have time to spend with his family,” Blakk Rasta stated

The ‘Barack Obama’ hitmaker added that President Akufo-Addo’s intention is to disrespect and maltreat the people of Ghana with his decision to rerun for elections.

“At 75, the president wants to run again so that he’ll be 80 by the time he’ll be out of office. Why is that so? Why does he want to maltreat and disrespect the people of Ghana.” He stated