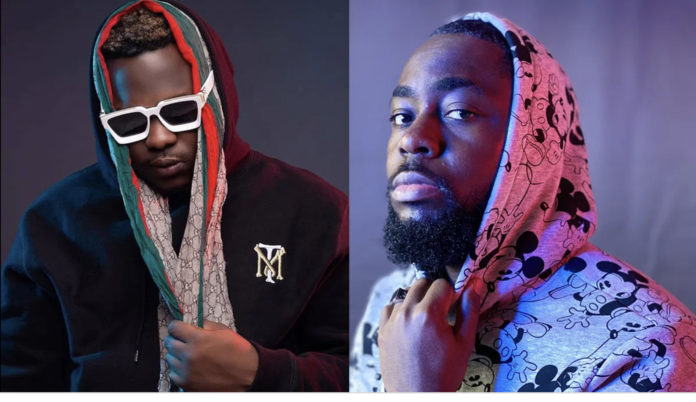 Rapper Teephlow known in private life as Lukeman Baidoo has taken a swipe at rapper  Medikal insisting he should stop deceiving the young and upcoming musicians with a false representation of the source of his success.
Earlier this week Medikal made a tweet “Most of y’all upcoming rappers are trapped within the mindset of impressing and competition. You will always get the applauds and cheer critics but due to lack of uniqueness, your shit will be stuck in your ass.” TeePhlow who felt that was an attempt to discourage artist who are putting in work and making the extra effort to advance the art form was quick to intervene and debunk the claim. “Its Called Passion for real Arts and poetry bro. if you not interested Dont discourage others. We cant all Rap the same
#Phlowducation2 🙏🏽🙏🏽✊🏾🇬🇭”.

As a result, Teephlow was immediately subjected to fire from Medikal resulting in a back and forth for close to 24 hours on Twitter triggering a war between fans of both artists.

TeePhlow who is promoting his new album PHLOWDUCATION II was on zylofon fm explained that… ” I dont have a problem with MDK and his hustle but he should quit deceiving and misleading the young ones into thinking his success is as a result of that his nyaaa music”. This however indirectly attributes Medikal’s very public wealth display on social media to fraudulent sources.

The VGMA record of the year award winner went further to say the industry must encourage artist doing quality works and stop glorifying artist flaunting money that is inconsistent with their revenue numbers.