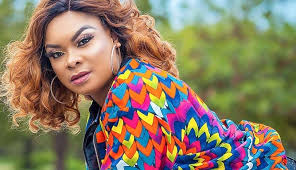 Ghanaian actress, Beverly Afaglo has entreated social media users, especially females, against trolling female entertainers.
According to her, such actions go in a long way to hurt and discourage them. The Actress is particularly worried about the fact that what such social media attacks against women in the industry are from their fellow women.
Beverly Afaglo made these comments in an interview with MzGee on TV3’s Simply Showbiz which centered on the level of support women in the industry enjoy from their fellow women.
Beverly believes that it would be better for these social media critics to rather engage their entertainers in private message on their criticisms.
“It’s very worrisome when you go on social media and half of the time, you go through the comments and 99 are women and you go and check their pictures and they are not half of you. So why are you doing this? You want to be like me so why don’t you even come into my dm and say ‘I want to be like you’ or ask what can I do? We help people to come up. If you have a problem with me, I think you can come to my dm and tell me…All the women doing that, it’s so wrong. They should also think that ‘turn the tables around, if it were you, how would you feel?” she queried.
The actress is also entreating social media users to follow entertainers that they are willing to support in the industry and accused the Ghanaian media of failing to give the right support to women.
“The media is not supporting the woman because they feel ‘she is not that big but who made whoever big, it’s the media. It’s not a woman-woman thing but it’s generalized. Everybody is just not supporting the woman enough,”