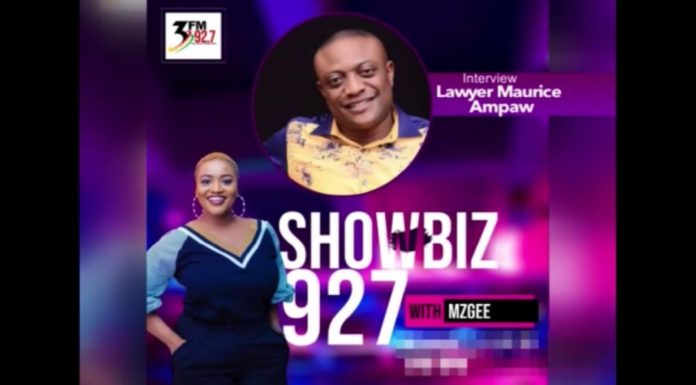 Private legal practitioner, Maurice Ampaw, is insisting that the mother of missing musician, Castro is Suffering despite her denial.
Maurice Ampaw, in an earlier media engagement, claimed that Castro’s mother had been abandoned and therefore was still reeling under a lot of pain. According to the lawyer, he had learnt this first hand from his interaction with the family of Castro.

However, his claims were rejected by the family of the musician. The mother of Castro in a conversation on Onua fm dismissed the claim of suffering posited by Mr. Ampaw and further denied ever meeting the controversial lawyer. This rebuttal was backed by Castro’s brother who also insisted the legal practitioner had misrepresented them.

Now, when subjected to strict proof by MzGee on 3fm’s ShowBiz 927,  Mr. Ampaw maintained he had interacted with the woman and that what he said about the family was factual. Lawyer Ampaw then accused the media of twisting his comments.

On the family’s denial of knowing him, Mr. Ampaw quizzed how it could have been possible for him to know the residence of Castro’s mother if indeed he had not met her.

When probed further on the matter, the legal practitioner lost his calm, tagged the questions being posed to him as foolish and hanged up during the live radio interview.

“I’m not ready to answer those stupid questions of yours. You don’t call me and ask me such questions. You’re a very irresponsible journalist for you to ask me these questions. I’m I in your court? I have said that I have engaged Castro’s mother. If she says that I have not, she should take me on. You dare not ask me those foolish questions on air,” he fumed

Listen to the interview below: