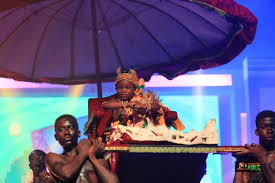 Uncle Benedict, as he is widely known on the show, says the benefits of getting involved in the show goes a long way to influence positively the academic performance of the children and thus cannot be reduced to its entertainment elements alone.

In an interview with Mzgee on TV3 NewDay on Monday June 1,2020 he explained that the self-esteem of children who participate in the show increase as they begin to realize their inherent talents adding that although the show was looking at talents, it had a link with the academic performance of the participants.

“Sometimes people may think that what we are doing is just an extra curricular activity. But as an educationist, I know the impact of these things having a reflection into their academic work. and truly, as they do these things, it raises their self esteem and sooner than later, you see that, they are gradually getting to know that there is something in me that I can do. So academically it helps them.”

Uncle Benedict further said that “Ghana has great talents and these children, if we are able to invest the right resources in them, there’s a bright future for Ghana”.

After weeks of scouting for the next talented kid in Ghana, Nana AK became the 11th person to be crowned winner of TV3’s Talented Kidz beating over 80 others to win the coveted crown.

The cummulative performances of Allo Afro Kid, DJ Spices, Oreila aka Stonegal, and Amoako Mills could only get them the second to fifth place respectively.