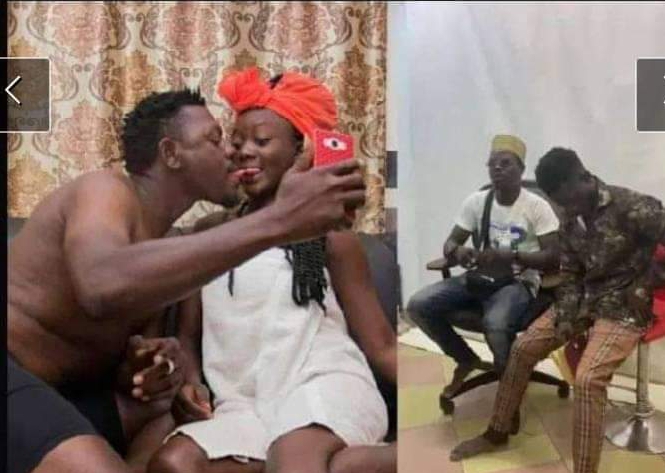 A Tamale based actor and movie director, Aborimahim Bashiru has been fined by the chief of Tamale, Naa Dakpema Fuseini Bawa for sleeping with the wife of one Natogma.

According to Mr. Natogma  the cheating wife confessed having the affair with the actor, who lured her with a promise to give her a role in a movie under production.

“My wife told me she sleeps with Aborimahim anytime they go to Bimbila”. He stressed.

The livid husband also  said the wife revealed that the actor could not easily penetrate her because of his enormous manhood.

After a thorough review of the case, the actor and movie producer was fined ¢5,000 together with a ram and three (3) fowls at the palace.

But the enraged husband believes this is not punitive enough. he said in an interview with the media that he should have been severely punished and publicly shamed.
“I wanted the chief to whip him publicly and shave him to make him feel the same pain he has inflicted on me by sleeping with my wife. I am not happy with the judgment given by the palace. But I know on judgment day, God will give me justice. Even before that, may Aborimahim feel the pain whiles on earth”
On his part, a spokesperson of the Tamale Palace, Chief Musah Dakpema Dema-Naa said they only tampered justice with mercy after the actor confessed and will not hesitate to crack the whip and ban him from acting if the actor fails to comply with their directives by tomorrow Saturday March 27, 2021.