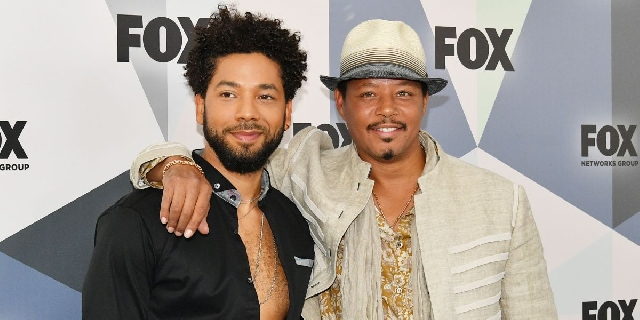 Terrence Howard is currently on the promo trail for the final season of Empire, and during his stop at The Late Late Show With James Corden on Tuesday night, the actor shared how Jussie Smollett’s sudden exit from the show has affected its flow.

As previously reported, Smollett, who played one of Howard’s sons on the show, was fired earlier this year after allegedly staging an assault in Chicago, in which he claimed two men physically attacked him and hurled racial and homophobic slurs at him while tying a rope around his neck. The disgraced actor was later indicted for filing a false police report, and while he faced up to three years in prison, all charged against him were eventually dropped. Despite this controversial decision, Empire’s co-creator Lee Daniels announced in April that Smollett would be written out of the show for its final season.

“I was so proud of that young man that played my son, because he still loved me at the end of it, and all he wanted to do was get closer to me,” Howard said of Smollett’s time on the drama. “And then out of nowhere, he’s snatched away from us… He was the heart of our show, and now it’s like our show is on a blood, a heart and lung bypass machine because the heart is gone, but we’re still hoping that there’s going to be a transplant, and hoping somehow it will come back together.”

Howard, who recently revealed that he will be quitting acting once the show is over, added that the cast is still trying to understand what the truth is in the widespread scandal.

“I don’t know what it was like, because we are still trying to figure it out,” he said. “We are all still trying to put the pieces together because my son is gone. That was my little boy, and he’s gone now, and they don’t mention him as if it’s OK. And it’s like, no, that’s not cool.”

Elsewhere in the interview, Howard doubled down on his plans to retire from acting.

“I’m dead serious,” he said. “I’m so done with pretending to be people and I just want to be real for a minute.