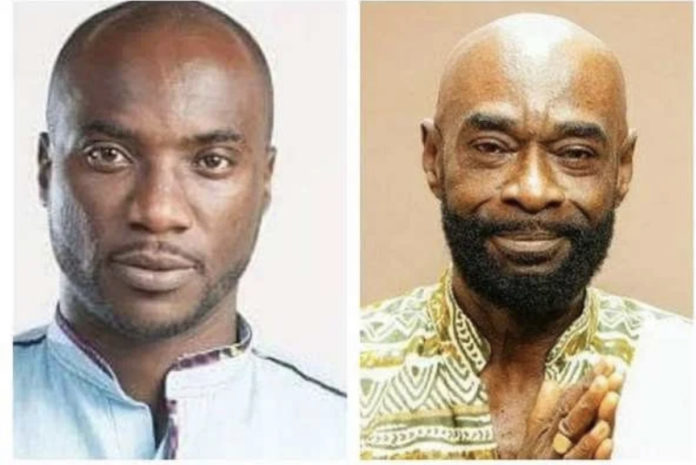 Multiple award winning musician Kwabena Kwabena says he is glad to be likened to Pat Thomas.
According to many Ghanaian entertainment enthusiast Kwabena Kwabena also known as KbKb is beginning to bear a striking resemblance to legendary highlife musician, Pat Thomas.
KbKb in a conversation with MzGee on TV3 New Day, agreed to the assertion. He also revealed that the ‘Sika Ye Mogya’ hitmaker has been his mentor from the inception of his career.
“I get that a lot and you know, he is my mentor too. When I started music, he is one of the legends I looked up to. His vocal prowess and how talented he is as a musician so I am glad to be likened to such a great great legend”.
Kwabena Kwabena, who is known for great tunes like Aso, Tokro, Bue Kwan, is set to release his 6th studio album dubbed “Famesaa” after a 3year hiatus. Ahead of the release of the 13-track album, a single dubbed ‘Kwadede’ was put out there as a prelude.