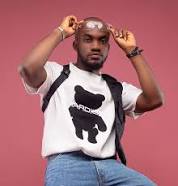 Ghanaian musician, Mr. Drew has disclosed that he now spends less time on social media because of the criticisms he is facing for not doing due diligence before using Nigerian-American singer, Rotimi’s ‘Love Riddim’ song.

He faced harsh reviews after it emerged that he had no permission to use  Rotimi’s ‘Love Riddim’. This was after a Ghanaian reported to the singer, the ‘Eat’ song which was an instant hit after it was released. The song was subsequently taken off all streaming platforms including YouTube.

In an interview with MzGee on TV3 New day on Tuesday, June 2, 2020 Mr. Drew mentioned that he now comes to social media just to put up posts.

“For me, I’ve tried just to stay away from my phone as possible as I can because sometimes when you go and read the comments and you read the messages, it’s like no oo. So you just put your phone aside and just focus on what you want to do and achieve and this is bringing new music out, pushing the music and settling every other problem you have to solve…I just come online to post something and then I go off.”

Mr. Drew explains that he informed Rotimi’s team about his intention to use the song but failed to wait for a response before proceeding to use it.

His record label, Highly Spiritual, has also apologized to Rotimi. In a statement signed by Kaywa, they indicated that there was a miscommunication between their label and Rotimi’s which is being sorted out.

Whilst Mr. Drew is not happy with the criticisms, he believes that they can be blessings in disguise.

“Something can happen but I’m not going to say,” the musician told Mzgee in response to a question on whether Ghanaians should expect something positive from his meeting with Rotimi.