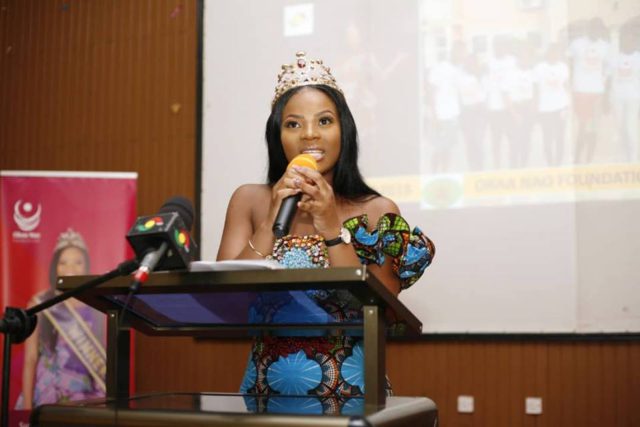 2018 winner of the Ghana’s Most Beautiful pageant, Abena has said unmarried men are free to cheat.

According to her, a woman can’t accuse her boyfriend of cheating on her since he is not married to her.

Speaking on a panel discussion on the ‘Gee Spot’ hosted by MzGee, the 19-year-old who represented the Eastern Region in the 2018 Ghana’s Most Beautiful explained that a man does not belong to a woman if he hasn’t married her.

” I won’t fight a guy who is in a relationship that I’m not married to who cheats on me. As for that one, he is not yours so he can cheat.” She said

Abena joined other panelists including rappers Kofi Mole, Eno Barony and Comic actor Richmond Ntiamoah (Lawyer Ntim) as they shared their perspective on the topic of whether the cheating nature of men should be accepted by society.