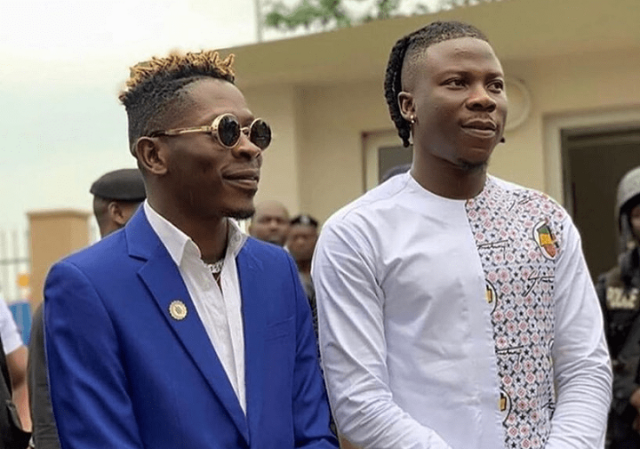 Head of Public Events at Charter House, Robert Klah, has said dancehall artistes, Stonebwoy and Shatta Wale are still banned from participating in the 2019 edition of the Vodafone Ghana Music Awards (VGMA).

According to him, the two talented artistes are currently not eligible to file for the event due to the brouhaha that occurred as a result of a scuffle between the former rival acts at last year’s edition.

Last year’s edition was to mark the scheme’s 20th anniversary was marred with incidence of violence and chaos from the camp of both artistes.

The VGMA board at a press conference after the event announced that the two had been stripped off awards won this year and banned indefinitely from subsequent events.

Speaking in an interview with MzGee on 3FM’s Showbuzz on Thursday January 9,2020, Robert indicated the new board which is yet to be constituted will determine the fate of both artistes.

”  As it stands, the decision of the old board still stands so when the new board is constituted, they can decide whether the ban should be lifted or not. But until the board comes up with any new information regarding the issue, what it is is that, the ban still holds against their participation.” He explained

He noted that Charter House has no issues with both artistes hence they as organizers of the events will agree to whatever decision the board comes up with.