For many decades watches have been the staple of a great outfit, but as technology progressed a growing trend has emerged in which phones are now becoming everyones favourite fashion accessory.

Just as Gold watches were a great status symbol so are pure gold phones. it is in this light that many find Industrialist and Founder of Freedom Movement, Freedom Jacob Caesar’s unveiling of his new  24 Karat Pure Gold cased IPhone 11 PRO MAX particularly fascinating. 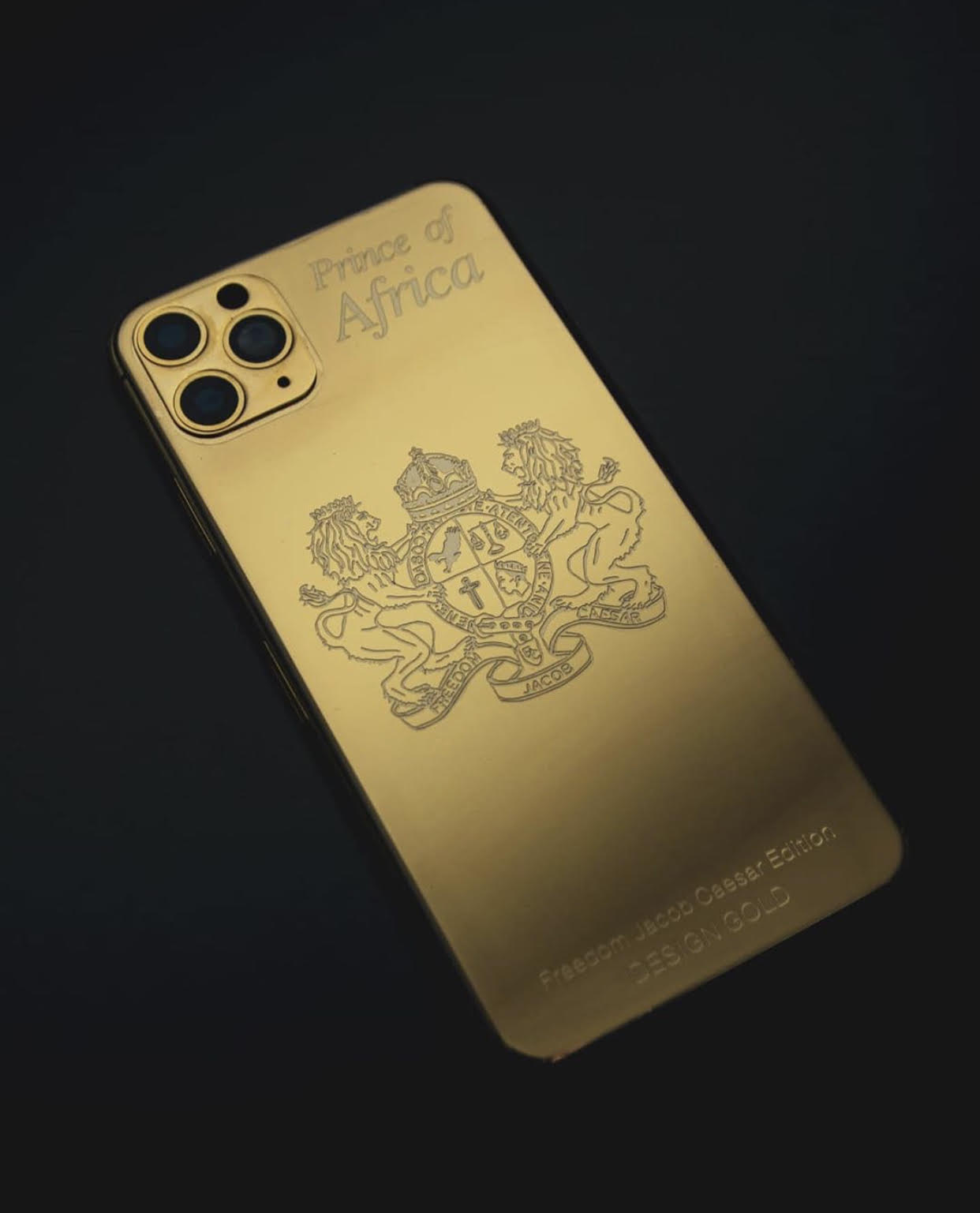 The phone designed by Idesigngold is customized with “Prince of Africa” at the top left corner, the FJC coat of arms in the middle and Freedom Jacob Caesar edition at the bottom. 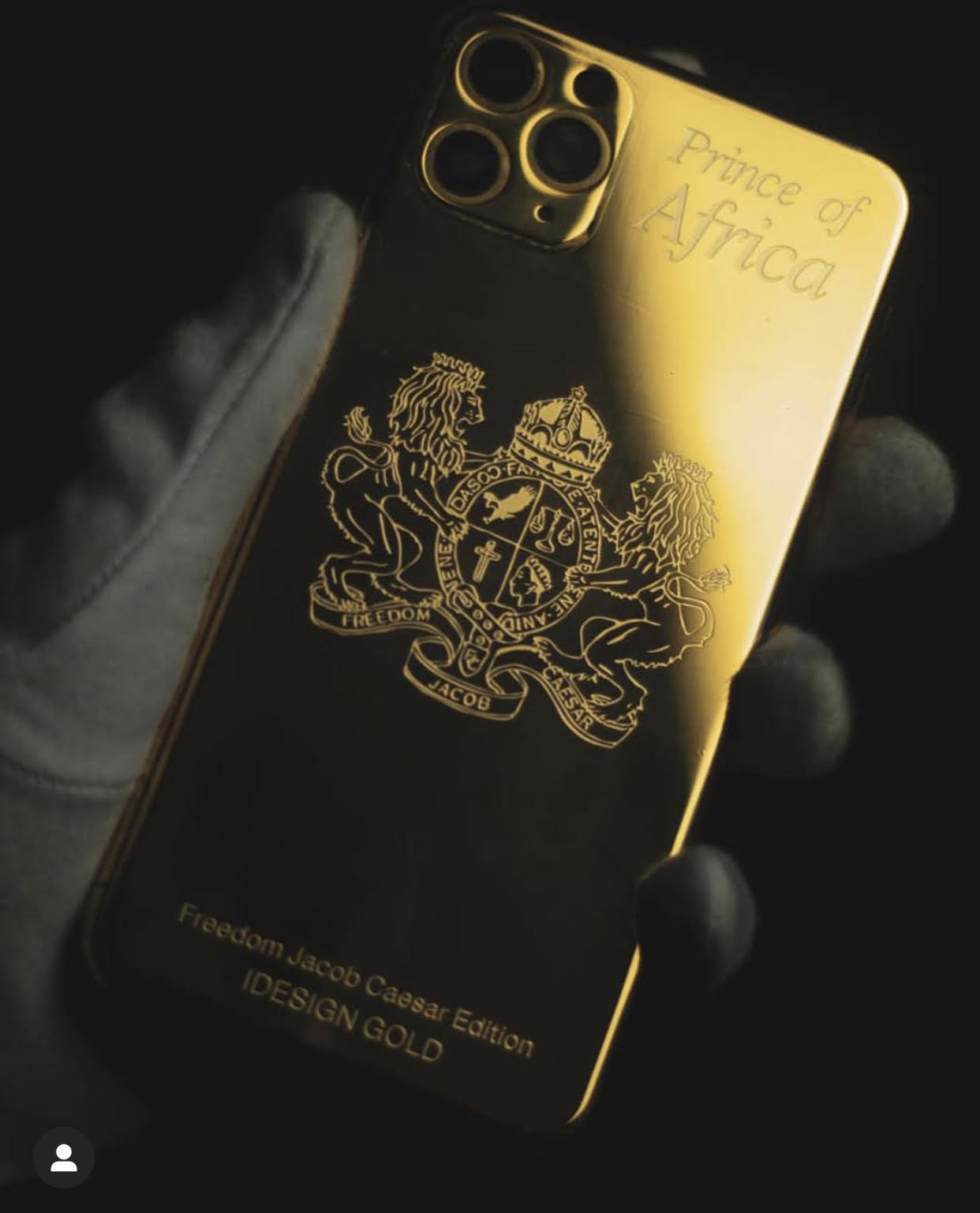 This was released on his twitter with the inscription “Gold is the only symbolic substance that dignifies my culture. FJC ”  watch video below!

Gold is the only symbolic substance that dignifies my culture. FJC Thank you @idesigngold pic.twitter.com/fwx4E96enp

Ofcourse this might not be strange to those who are familiar with the wealth of FJC. In June 2020, The Prince of Africa whose actual name is Nana Kwame Bediako released a video flaunting his wealth. Captioned ”The 7 Characters of Freedom Jacob Caesar”, the 124-second-long video featured top flight celebrities and personalities like Floyd Mayweather, Diddy, Akon, Naomi Campbell, George Weah, D’Banj with no shortage of opulence in its many scenes.