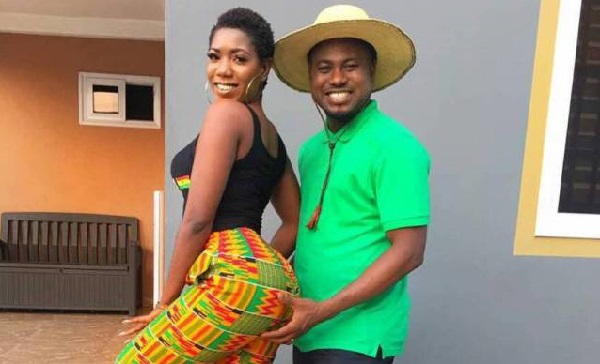 Ghanaian media personality, Abeiku Santana has disclosed he was the mastermind behind Victoria Lebene’s entry into the entertainment scene.

The Okay FM presenter stated that all the controversies that came with the actress’ claim to fame was made up by him.

Speaking in an exclusive interview with MzGee, Abeiku Santana explained that he wanted to build a buzz around the model turned actress hence the plan.

“I met Victoria Lebene in 2016 when she expressed her interest to come into mainstream media. So we had to plan everything because she was a model. And as a photo model the society would not accept her immediately. So it was a strategy. The penetration strategy, how to get her name out there, the Kofi Adjorlolo stuff, the publications, the Counselor Lutterodt against her, they were all PR stunts” He disclosed at the wedding ceremony of Victoria Lebene.

He added that he later advised Victoria to enroll in a media and communications school which landed her a job at GhOne TV.

The event according to media reports was a star-studded affair which saw top Ghanaian celebrities in attendance.

Watch video of interview with MzGee below: