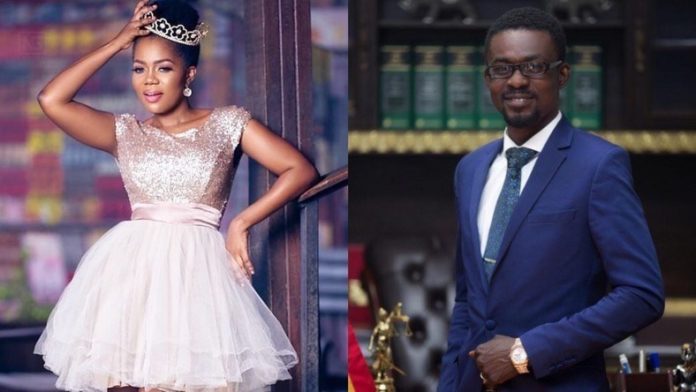 The sultry songstress turned restaurant owner who admitted to receiving a cash gift from the CEO of defunct gold dealership, Menzgold said she never mentioned any amount.

In a conversation with MzGee on ‘The Gist’, the ‘Awoso me’ hitmaker stated that the relationship between her and NAM 1 is that of a brother-sister type.

” I only said he gave me money and its was good money but I didn’t mention the amount,”

Asked why she never openly supported NAM1 in his times of trouble, Mzbel said: ” The relationship I had with him was not on a level where I posted him on social media. When he gave me the money did I come on social media to post about it? she quizzed

“The relationship we have is that of respect. He respects me alot and calls me big sister and I love that. It makes me feel good. He used to seek advise from me whenever he wanted to try doing something in the industry.”

She added that she had great respect for NAM1 as a businessman.

The Gist with MzGee, shows on JoyNews on MultiTV, DStv 421 on Saturdays and Sundays at 8.30pm.