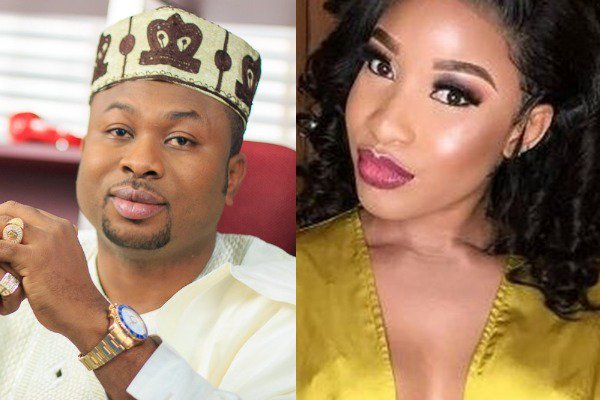 The outspoken actress in an interview with Nigerian OAP, Daddy Freeze alleged that the longest her estranged ex husband can last in a woman is one minute.

The mother of one further claimed that the longest sex they had while married was only one minute and that was the only time she got pregnant.

”He has a sexual problem, a disease. It’s called pre-mature ejaculation. He can’t stay inside a woman for more than 40 seconds. My son was the longest sex, one minute”. She claimed

The two have had quite the exchange on social media recently with several accusations and counter-accusations from both parties.

In an earlier interview, she alleged that Olakunle was an internet fraudster.

Watch the video below