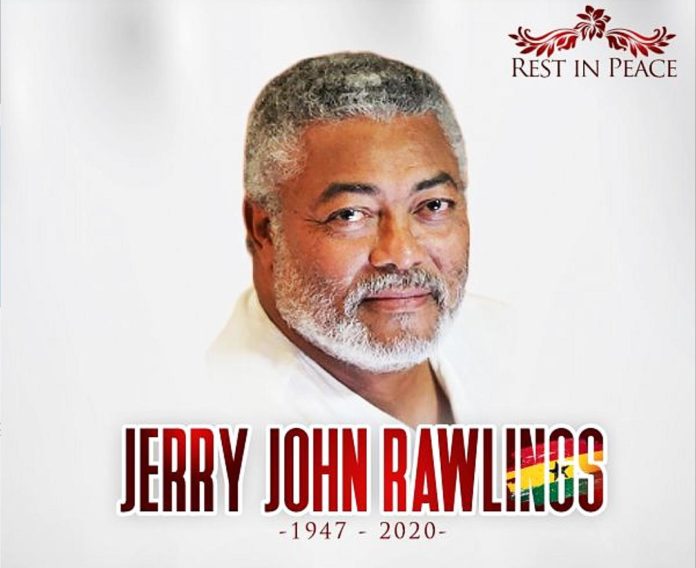 A former president of Ghana Actors Guild, Fred Amugi has disclosed that but for his demise former President, Jerry John Rawlings would have starred in an upcoming movie.

According to the Mr. Amugi, the creative sector in remembering his impact on the industry decided to cast him in a movie, the Drack Train but he fell ill and the plan fell through.

“We were just about to use President Rawlings in a film The Drack Train, he was unwell at the time we wanted to inform him but unfortunately he met his sudden demise.” he opined.

Speaking to MzGee, Fred Amugi reiterated that the loss has been a big blow to the creative industry. He recollects his personal conversation with him over his persona.

“He was a very calm person and very loving in private. I remember I was bold enough to tell him that I don’t like his political persona but the normal Rawlings which he made me understand that his work as a politician needs the energy to push people to bring results and that is what he is doing.”

He affirmed that the founding father of the NDC was a very good friend who visited him at his house and they had a very close relationship.

“He visited me at my house and also to see a friend whom we call Red, he would buy food on his way and we would eat together at my house.”