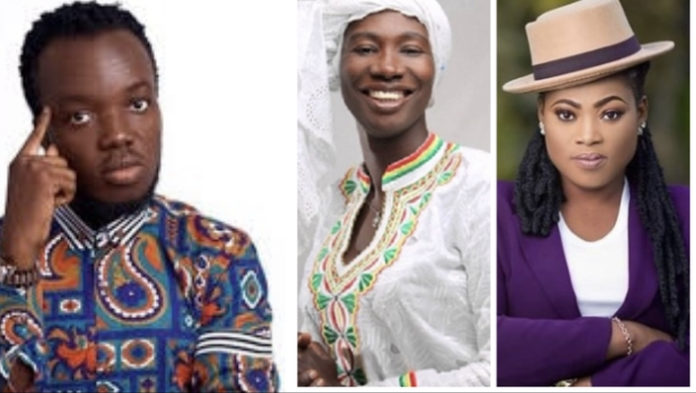 Versatile Ghanaian singer and songwriter, Akwaboah is backing calls on Cecilia Marfo to be circumspect in the delivery of her prophesies.
According to him, although she may be correct in her prophesy to fellow singer, Joyce Blessing, she needed to have been careful in the manner in which she delivered her message.

Speaking with MzGee on “behind the scenes” of Simply Showbiz, Akwaboah revealed he has no reason to doubt the “Afunuba” hitmaker as a prophetess since he doesn’t know what transpired between her and God when she was called into ministry.

“When God called her, I wasn’t around so I can’t say I don’t believe in everything that she says. At end of the day, we will know who was a Christian, a true prophet among others as the Bible says. I can never say I doubt what she said but my point is, she should have communicated it well.” He explained.