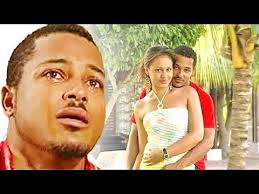 Actor Van Vicker is baffled at the government’s decision to keep cinemas closed when the restriction on various social activities have been largely lifted.

This comes after President Akufo-Addo announced on Sunday night that the duration for holding religious meetings have been extended to two-hours from the initial one-hour. The President also lifted the limit on the number of persons allowed to congregate for service.

For matters that concern the creative arts industry, President Akufo-Addo announced that tourist sites could reopen and open-air drinking spots can resume operation.

He then categorically extended indefinitely the ban on other recreational centers like Cinemas, Night Clubs and beaches.

Reacting to this, the famous actor, in an interview with MzGee, demanded government comes clean on why transport operators have been asked to operate to full capacity and restrictions on churches eased significantly but cinemas remain closed.

“I’m not too clear on it, if the churches can do two hours, and sit full capacity, and trotros, the buses can sit full capacity, then I’m just lost in my mind why can’t the cinemas operate. Perhaps there is an explanation that I’m oblivious of but I think there’s something that we need to be told. We are on the same level as the churches or the buses and there’s an argument that maybe because of the air conditioners in the room, the disease might circulate faster but churches too have air conditioners as well as the buses.

Van Vicker says that irrespective of the reason that may be given for the closure of cinemas, they had the capacity to observe all the necessary safety standards that have been outlined by health officials.

“We will all observe the protocol. If you have to do a premiere, the protocols should and would be observed. Even with the churches, they would still wear their masks, wash their hands, but we can observe the same.

Whilst the actor says that there could be other perceptive reasons why cinemas have  not been given clearance to resume operation, he mentioned that he is highly interested in understanding the government’s decision.