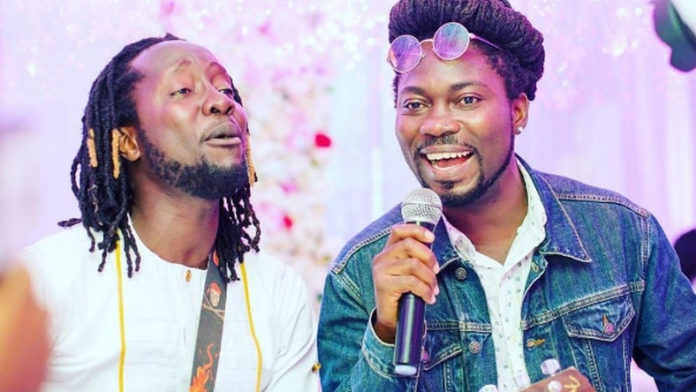 One half of the defunct Ghanaian music group, Wutah Kobby has said his partner, Afriyie has blocked him on WhatsApp.

According to him, Afriyie blocked him after he granted an interview where he said their recent split was because Afriyie turned greedy.

But the group could not sustain their comeback citing many reasons.

Speaking with MzGee, Kobby said: ” He’s blocked me on WhatsApp. I don’t know what I did,”.

Asked if there was more to the issue they were not addressing, he said: ” I’ve said my bit. He got greedy. He was doing things without our knowledge and it wasn’t fair on my part. That’s why I came out to talk about it. If he had something to say, I’m sure by now he would have said it”

He however refused to dismiss a possibility of a comeback